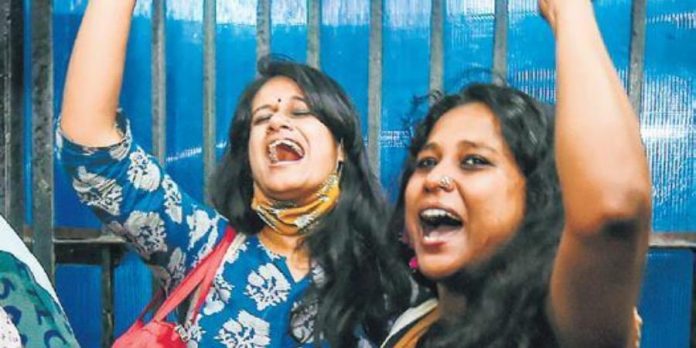 The SC also issued a notice on Delhi Police’s appeal challenging the remarks made by the Delhi High Court. PTI File Photo

Student-activists Asif Iqbal Tanha, Natasha Narwal and Devangana Kalita will continue to remain out on bail as the High Court decision on their bail has “pan India ramifications,” said the Supreme Court on Friday (June 18).

The three were released on bail on June 17 night after spending more than a year in jail over their alleged links to the violence in northeast Delhi last year. The violence in which over 50 people were killed, took place following a prolonged protest against the Citizenship Amendment Act and National Register of Citizens (NRC).

The matter will be taken up after July 19, said the apex court.

Also read: Why Delhi HC’s taunt on UAPA ‘misuse’ was a timely rap

“The issue is important. It has pan-India ramifications and so we would like to issue notice and decide the matter for the good of the country,” the Supreme Court said.

The top court also issued a notice on Delhi Police’s appeal challenging the remarks made by the Delhi High Court while granting bail to the activists.

The Supreme Court held that the order will not be treated as a precedent and the same shall not be relied upon by any parties in the case before any proceedings in any court. The top court clarified that it has not interfered with the bail granted to the three accused at this stage.

The Supreme Court bench headed by Justice Hemant Gupta said the way the UAPA had been interpreted by the High Court would probably require examination by the top court. It expressed surprise at the 100 pages of judgment given in response to a bail application.

The Delhi Police had moved the top court on Thursday (June 17), a day after the HC granted bail to three student-activists.

Despite getting bail from the High Court on Tuesday (June 15), the three who had been arrested in May last year under the stringent provisions of the Unlawful Activities (Prevention) Act (UAPA) in the northeast Delhi riots conspiracy case, had to remain behind bars as the Delhi Police called for the verification of addresses of the accused and Aadhaar cards of those who stood surety for them.