In a bid to minimise the risk of cheque-related frauds, the State Bank of India (SBI) on Tuesday (September 10) introduced a new security feature in existing multi-city cheques (CTS-2010), where account number will be printed in reverse on cheques.

An e-circular issued on Saturday (September 7) by Ajay Vyas, SBI’s chief general manager, seen by The Federal says, “The new CTS feature is scheduled to be launched from September 15 (Sunday) and all new MCC cheque book printed by security printers will contain this feature along with existing security features. All existing cheques books without this feature should be continued to be honored as per existing instructions.”

Meanwhile, Financial Express reported on Tuesday that SBI was planning to reduce charges levied for non-maintenance of Monthly Average Balance (MAB) by 80%. 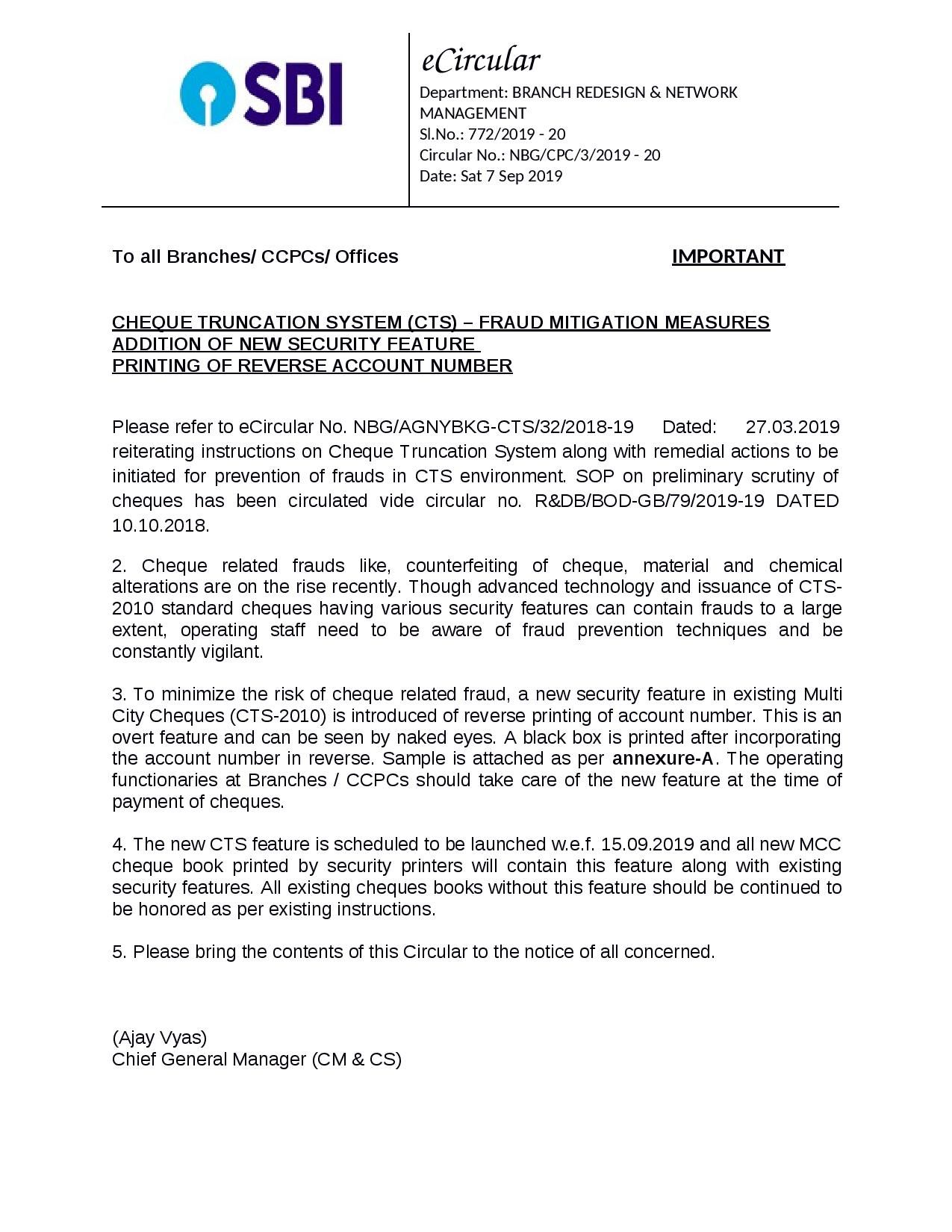