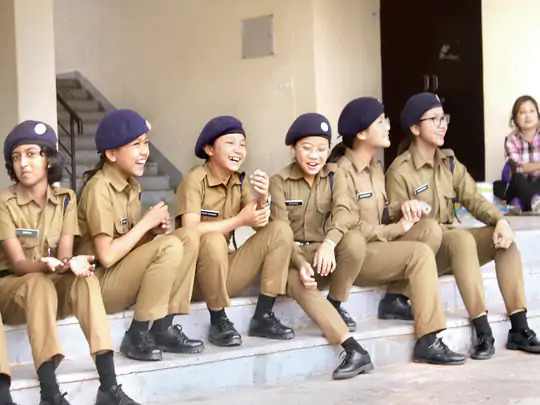 The Sainik School in Chhingchhip, Mizoram, is the only school currently that admits girls

All Sainik Schools in the country will now be open for girls also, Prime Minister Narendra said in his Independence Day speech on Sunday.

“I got messages from lakhs of girls from across the country expressing their desire to study in Sainik Schools. Now the government has decided that all Sainik Schools in the country will also be open for the daughters of the country,” Modi said.

At present, 33 Sainik Schools are operating in the country, including three in Uttar Pradesh, and two each in Andhra Pradesh, Bihar, Haryana, Jammu and Kashmir, Karnataka, Maharashtra, Odisha and Rajasthan.

A provision to set up 100 more Sainik Schools in partnership with NGOs, private schools and states was announced in this year’s Union Budget. Retired military personnel welcomed the decision but cautioned that the government should not “tamper with the structure of these institutions”.

Conceptualised by the then defence minister VK Krishna Menon, these schools are run by the Sainik Schools Society, which is under the administrative control of the Ministry of Defence. The aim of establishing these schools was to prepare students from an early age for their entry into the Indian armed forces.

In October 2019, the Sainik School in Chhingchhip, Mizoram, became the first to admit girls. Modi mentioned this school in his speech while announcing the decision.