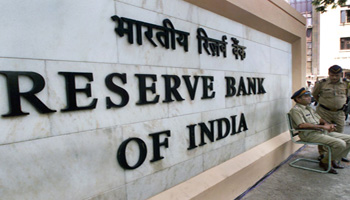 The Reserve Bank of India on Tuesday (December 8) said that it has cancelled the licence of The Karad Janata Sahakari Bank Ltd, Karad, Maharashtra, as it does not have adequate capital and earning prospects.

In a statement, RBI said over 99 per cent of the depositors will get full payment of their deposits from Deposit Insurance and Credit Guarantee Corporation (DICGC).

With the cancellation of licence and commencement of liquidation proceedings, the process of paying the depositors of The Karad Janata Sahakari Bank will be set in motion.

On liquidation, every depositor is entitled to repayment of his/her deposits up to a monetary ceiling of ₹5 lakh only from the Deposit Insurance and Credit Guarantee Corporation (DICGC) as per usual terms and conditions.

After the cancellation of its licence, the bank has been prohibited from conducting the business of banking which includes acceptance of deposits and repayment of deposits with immediate effect.

The RBI said the bank was under “all inclusive directions” since November 7, 2017. The Commissioner for Cooperation and Registrar of Cooperative Societies, Maharashtra has also been requested to issue an order for winding up the bank and appoint a liquidator for the bank.

The RBI said it cancelled the licence of the bank as it “does not have adequate capital and earning prospects”. As such, it does not comply with the relevant provisions of the Banking Regulation Act, 1949.

“The continuance of the bank is prejudicial to the interests of its depositors,” it said, and added the bank with its present financial position would be unable to pay its present depositors in full. Also, public interest would be adversely affected if the bank is allowed to carry on its banking business any further.