Superstar Rajinikanth, who was hospitalised Friday for severe blood pressure fluctuations, is progressing well and even though his blood pressure is still on the higher side, it is under control compared to yesterday, said a press release issued by Apollo Hospitals on Saturday.

The hospital said that the 70-year-old actor’s investigations have not revealed anything alarming so far. He is scheduled for another set of investigations on Saturday and the reports would be available by the evening, according to the release. 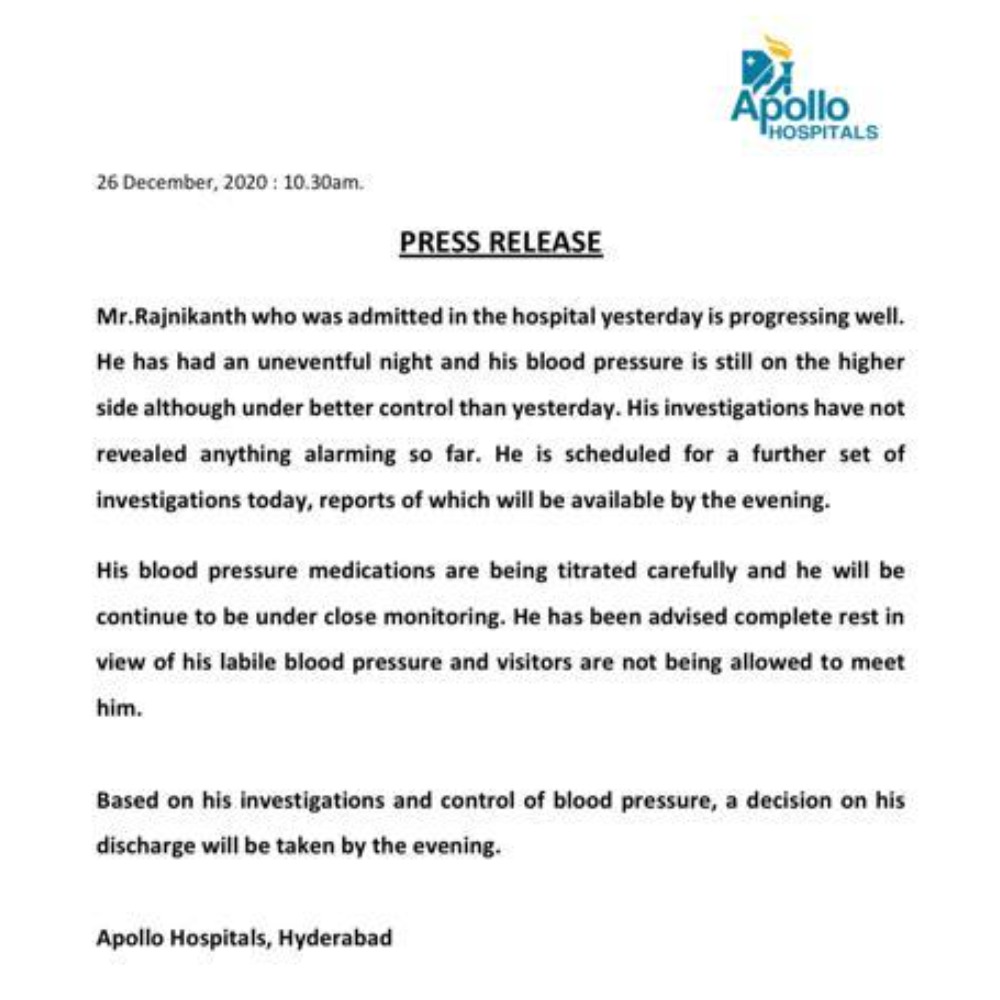 “Mr Rajinikanth who was admitted in the hospital yesterday is progressing well. He has had an uneventful night and his blood pressure is still on the higher side although under better control than yesterday,” said the hospital’s press release.

It said that the actor’s blood pressure medications were being titrated carefully and he will continue to be under close monitoring. Rajinikanth, who was scheduled to launch his new political party this New Year ahead of Tamil Nadu polls, has been advised complete rest in view of his labile blood pressure and visitors are not being allowed to meet him.

Based on his investigations and control of blood pressure, a decision on his discharge would be taken by the evening, the bulletin added.

Rajinikanth was admitted to Apollo Hospitals in Hyderabad on Friday for severe blood pressure fluctuations. He was shooting for a movie in the city for the past 10 days and had isolated himself and is being monitored after a few people on the sets tested COVID-19 positive. The superstar, however, tested negative on December 22.