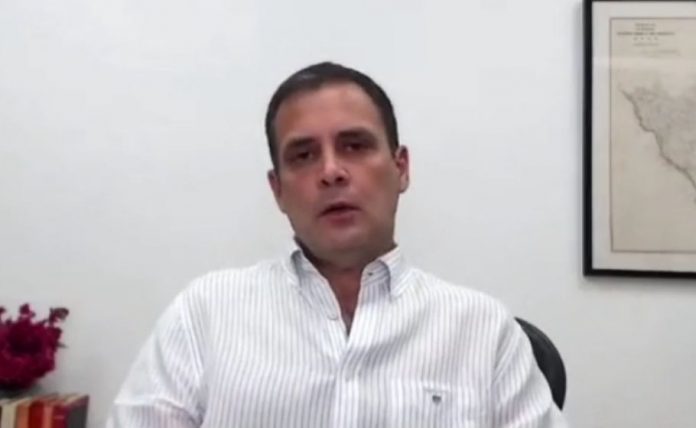 Rahul Gandhi on Friday (April 16) tore into the government strategy to combat COVID, which he said, is composed of “Tughlaqi lockdown, ringing bells and singing praises to God.”

The Congress leader’s attack on the government came following a steep rise in COVID cases in the country with a record 2,17,353 new infections taking India’s total tally of COVID-19 cases to 1,42,91,917 on April 16.

In a tweet in Hindi, Rahul said: “The Central government’s COVID-19 strategy: Stage 1) Impose a Tughlaqi lockdown, Stage 2) Ring bells, Stage 3) Sing praises to God.” The Congress in the past has compared some of the government’s decisions to those taken by Delhi Sultanate ruler Muhammad bin Tughlaq to allege that they were arbitrary and not well thought out.

The party had severely criticized the government over its ‘taali-thaali’ call last year in which people across India clapped, rang bells, blew conch shells and beat metal plates in solidarity with health workers fighting the novel coronavirus.

The Congress has also taken swipes at the government over its ‘taali-thaali’ call last year in which people across India clapped, rang bells, blew conch shells and beat metal plates in solidarity with health workers fighting the novel coronavirus.

Congress-ruled states – Punjab, Rajasthan and Chhattisgarh — have frequently complained of COVID vaccine shortages even as the ‘tika festival’ flagged off by the PM started on April 12. The Centre in turn has blamed the governments for the lack of RTPCR tests as well as for their inability to “prioritize” the vaccine groups. Maharashtra, which is ruled by a three-party alliance including the Congress, is the worst hit, reporting 61,695 fresh coronavirus cases on April 16, taking the tally to 36,39,855, while 349 new fatalities pushed the death count to 59,153.

Maharashtra is under a strict curfew till the end of April. In terms of the total caseload, Maharashtra is followed by Kerala, Karnataka, Tamil Nadu and Andhra Pradesh.

Also read: Explainer: Why India’s COVID vaccine production could be slowing down