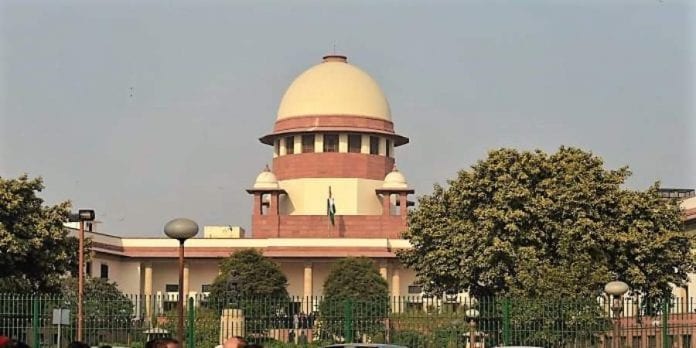 The Supreme Court on Monday (November 8) expressed displeasure over the status report filed by the Uttar Pradesh government into the Lakhmipur Kheri incident and said a retired high court judge will be appointed to oversee the proceedings into the case until a chargesheet is filed.

A bench headed by Chief Justice NV Ramana sought the response of the Uttar Pradesh government, represented by senior advocates Harish Salve and Garima Prasad, by Friday. The bench, also comprising Justices Surya Kant and Hima Kohli, suggested the names of former judges of the Punjab and Haryana High Court, Justices Rakesh Kumar Jain or Ranjit Singh, for overseeing the probe till filing of the chargesheets in the cases.

The bench said the investigation was “not going the way we expected”. It also took note of the delay in procuring the forensic reports regarding the video evidence.

On October 3, eight people including four farmers were killed in violence during a farmers’ protest in Uttar Pradesh’s Lakshmipur Kheri. While the farmers were run over by a cavalcade of cars, allegedly led by Union Minister Ajay Mishra’s son Ashish Mishra, two BJP workers and a driver were beaten to death allegedly by the angry protesters, while a local journalist was also killed in the violence that ensued later.

At least 13 people including Ashish, the prime suspect, have been arrested in the case so far.

Also read: Lakhimpur Kheri: We think you are dragging your feet: SC to UP govt

In a previous hearing two weeks ago, the apex court had asked the state government why there were only 23 eyewitness in the case and had instructed it to gather more witnesses.

The bench had also directed the Uttar Pradesh government to provide protection to witnesses under the Witness Protection Scheme, 2018 and to record the statements of other witnesses before the judicial magistrate under section 164 of the Code of Criminal Procedure (CrPC) and expedite the examination of digital evidence by experts.

The case came up for hearing in the Supreme Court after two lawyers in a letter to CJI Ramana sought a high-level judicial probe into the incident.

In a hearing on October 8, the Supreme Court had rapped the Uttar Pradesh government why the accused in the case had not been arrested.

“The law must take its course against all accused and the government has to take all remedial steps in this regard to inspire confidence in the investigation of brutal murder of eight persons,” the court had said.

Also read: Farmers not going to get justice as long as BJP is in power: Akhilesh Yadav

In the next hearing on October 28, the apex court while seeking a status report from the Uttar Pradesh government on the murder of one Shyam Sundar, had ordered the government to provide protection to the witnesses. Sunder was allegedly killed in the violence that ensued after the four farmers were mowed down by a convoy of three SUVs.