Congress leader Priyanka Gandhi Vadra was on Wednesday (July 1) asked to vacate her government bungalow in Delhi by August 1, beyond which if she stays she’ll have to pay a penalty.

In a letter, the Ministry of Housing and Urban Affairs has asked her to exit the Lodhi Road bungalow since she no longer has a Special Protection Group security and cannot reside in one of the most protected zones of Delhi. 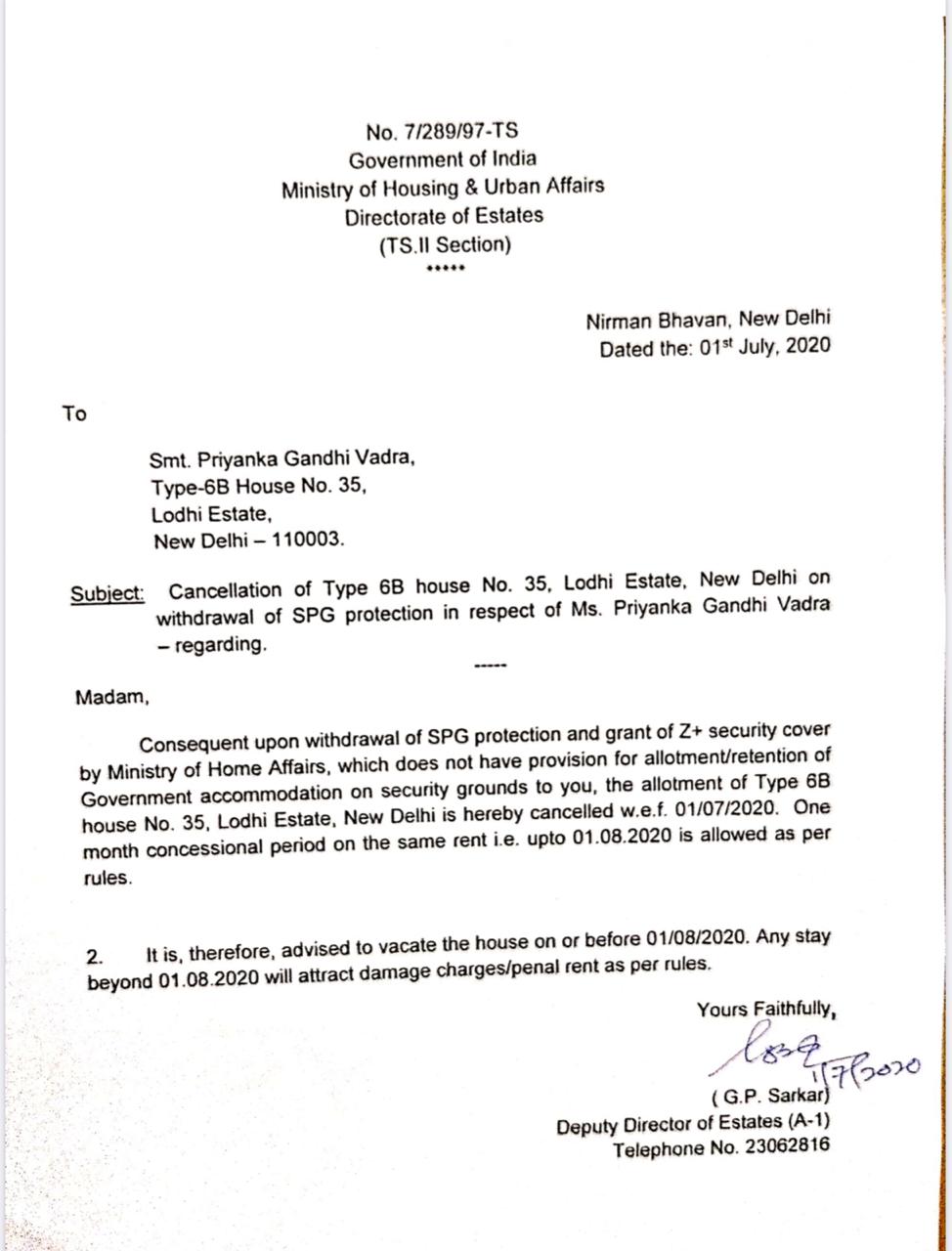 “Consequent upon withdrawal of SPG protection and grant of Z+ security cover by Ministry of Home Affairs, which does not have provision for allotment/retention of government accommodation on security ground to you, the allotment of Type 6B house number 35, Lodhi Estate, New Delhi is hereby cancelled with effect from 01/07/2020,” said the ministry’s notice.

The elite SPG cover given to the Gandhi family, including Congress president Sonia Gandhi and Congress MP Rahul Gandhi, was withdrawn in November last year.

Following the assassination of the then Prime Minister Indira Gandhi in 1984, the PM and their immediate family members were given the SPG cover next year.

Former Prime Minister and their family members were brought under the SPG cover after the assassination of Rajiv Gandhi in 1992.

As per the current rules, allotment or retention of government accommodation to those with Z+ security unless exceptions are made based on recommendations given by the home ministry are not allowed.