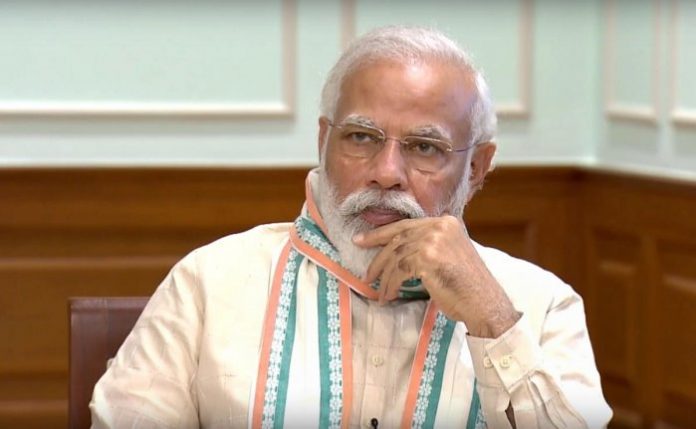 CNN-News18 quoted sources to say that the meeting started at 4 pm and is primarily aimed at discussing the fallout of the Sunday’s drone attack.

WATCH: Interview: Can ISIS women fighters from Kerala be tried in India?

Two Air Force personnel were injured when suspected drones dropped two explosives in the high security Air Force base in Jammu in the early hours on Sunday (June 27). The first explosion blew off the roof of a building, while the second exploded in an open area. The National Investigation Agency (NIA) is probing the matter after a case was filed under Unlawful Activities Prevention Act (UAPA).

The terror attack was the first of its kind on Indian territory. Before, no Pakistani drone has ever travelled more than 12 km distance on the Indian side. This one, however, covered a distance of 15 kms from the International Border (IB) with Pakistan.

While intelligence agencies strongly believe the drone was controlled from the other side of the border, they aren’t ruling out the possibility that it could have been operated from the Indian territory.

The National Investigation Agency (NIA) is handling the probe. However, the probe team has yet to ascertain the flight path of the drones that dropped explosive devices on the Air Force base because all CCTV cameras installed at the facility focused on the roads, an official said.

Security has been beefed up around vital installations in Jammu and Kashmir as the Army and local police anticipate more drone attacks, said J&K Inspector General of Police Vijay Kumar on Tuesday.

Corruption a menace eating into vitals of eco...