The Supreme Court’s 3:2 judgement referring the Sabarimala issue to a seven-member constitutional bench has given the Congress, the BJP and fringe religious groups a foot in the door to enforce a ban on entry of women of menstruating age into the Ayyappa shrine in Kerala. The state’s ruling coalition, the Left Democratic Front, is likely to avoid making the mistake it did last year by enforcing the judgement which said keeping out women is unconstitutional.

The forest shrine to Ayyappa in the form of an “eternal celibate” reopens on Saturday (November 16) for three months, when some five crore black-robed devotees would flood the hills in southern Kerala. What was once a tribal shrine to fertility has morphed in the past century into a shrine following mostly Brahminical practices. 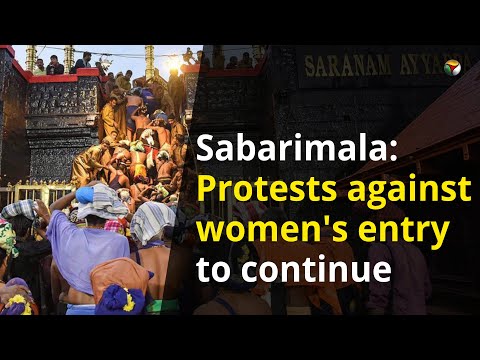 The earliest record of some women not being allowed inside the shrine dates back only 200 years. However, women even below the age of 50 used to visit the shrine to take part in “chorunnu”, the first-year rice-feeding ceremonies for babies. In 1991, the Kerala High Court imposed a ban on this group citing age-old practices.

On Thursday, Chief Minister Pinarayi Vijayan cautiously said that his government would examine the ruling on the review petitions and see if the judges have said that there would be no ban on women entering the temple or whether the 2018 judgement has been stayed or set aside because of the review. The court had last year said that keeping away young women violates their fundamental rights and constitutional guarantees and that it would amount to gender discrimination.

Devaswom Board Minister Kadakampally Surendran said government lawyers are examining the verdict, but didn’t comment on whether the police would offer protection to women below 50 years age to visit the shrine. “We as a law-abiding society have accepted the Ayodhya verdict peacefully,” he said, adding that people should accept the latest decision with equanimity. 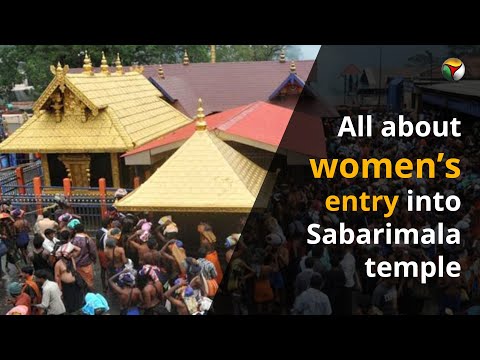 But the opposition has already tasted a victory in Thursday’s referral. Congress state president Ramesh Chennithala immediately warned the government against trying to sneak women into the temple, as it did in January when two women with police escort were taken into the shrine. The chief priest immediately shut down the temple and ordered “purification ceremonies”.

Sashikumar Varma, head of the erstwhile Panthalam royal family, which once controlled the temple and was one of the 65 petitioners seeking reversal, has welcomed the latest ruling, saying the faith of devotees has been upheld. The chief priest, Kandararu Rajeevaru, said the prayers of the devotees has been answered.

When the judgement first came out last year, central leadership of both the BJP and the Congress hailed it, but state units of both the parties bitterly opposed it, forcing the central command to recant. The state government was caught in a bind as it had to enforce the judgement allowing women to enter the shrine. That move cost it dearly in this year’s Lok Sabha elections, when it won only one of the 20 seats. This time around, the government is likely to quietly go along with the protesters. 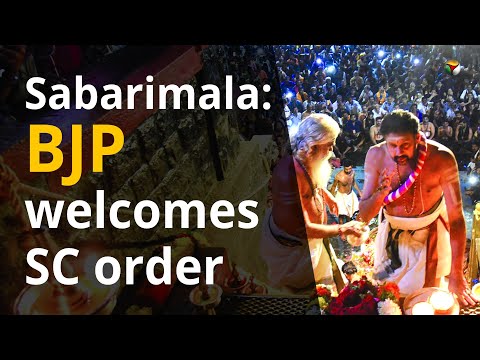 The Congress and the BJP are likely to build on past victories now. Chennithala has already warned that the government “must not convert the Sabarimala temple into a site of violence.” Unlike the Congress, the BJP was routed in the state when street protests did not translate into votes. Party leader Kummanam Rajasekharan said all the customs and practices of the temple should continue.

The BJP has officially said that it was not connected with last year’s widespread agitations and blamed them on “spontaneous protests by Ayyappa devotees”, a euphemism for the fringe groups it has been actively propping up.

Leading the pack is Rahul Easwar of the Ayyappa Dharma Sena, who has said that the referral to a larger bench is a tacit admission that the earlier judgement was flawed and, therefore, devotees will ensure that there will be “peaceful” protests and women of the proscribed age groups will not be allowed to visit the shrine. 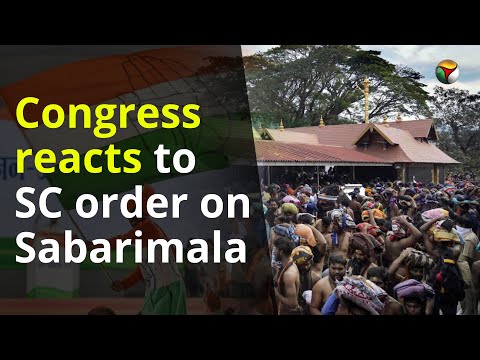 “If women attempt to enter Sabarimala like last time, we will block them using Gandhian means. Last time, we were also at fault for launching violence protests… We will organise necessary protests this time, rectifying our past mistakes,” he said. Last year, protesters had attacked journalists, stolen cameras, burnt a police jeep and attacked policemen during the agitations.

Padmakumar, president of the Travancore Devaswom Board which controls the Sabarimala shrine, said that he is not sure if there is a stay on the previous verdict and wanted to wait for the verdict of the larger constitutional bench on all matters relating to women and religion.

Some of the confusion and street protests over the years have been fuelled mostly by uninformed statements on the social media. Few people have acknowledged that the shrine was essentially a tribal temple which had been taken over by upper caste Hindus in 1920, or that women of all ages used to visit the shrine on occasion. Social media posts often confused menstruating women with women of menstruating age, fuelling anger. Temple authorities say the religious restriction is based on respect to the deity. They cite similar restrictions in many Hindu temples.