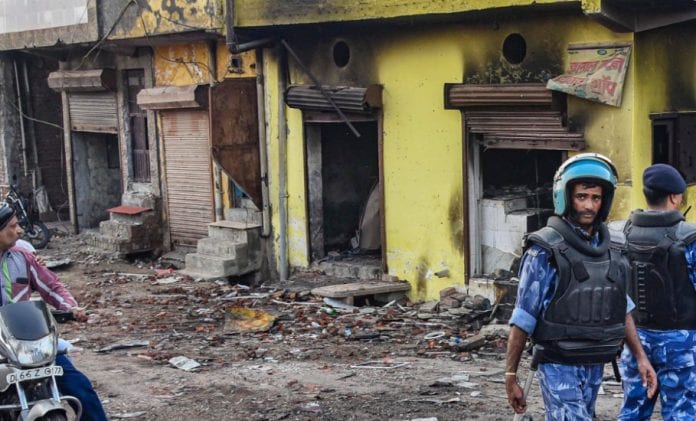 The police told the media that it was searching for “incriminating documents” and metadata of the outbox of the official email ID of Pracha’s firm, Legal Axis.

The law firm is defending many accused in cases related to the Delhi riots in February this year. The cases also include those in which law enforcement agencies have cited sections of the tough Unlawful Activities (Prevention) Act (UAPA).

The Indian Express reported that the search warrant, issued on December 22, says, “This is to authorize and require investigating officer of this case to search for the said incriminating documents and metadata of outbox of email ID… wherever they may be found whether in computer or in the office/premises… including outbox of email ID… as well as other offices/premises where presence of such evidence are detected during the search/investigation, and, if found, to produce the same forthwith before this court.”

Additional PRO (Delhi Police) Anil Mittal was quoted as saying that during the course of a bail matter pertaining to an accused in the Northeast Delhi riots, use of a forged notary stamp and creation of allegedly false/manipulated evidence at the hands of certain members of the Bar was noticed. “The Special Court had observed that this required thorough investigation. Pursuant to this, a criminal case under appropriate sections of law was registered and investigation was taken up,” Mittal said.

In August, the police had told a Delhi court that Pracha had forged documents and instigated a man to depose falsely in a case related to the riots. Additional Sessions Judge Vinod Yadav in an order had said: “It would be appropriate if the matter is investigated by an independent agency like Crime Branch or Special Cell”. An FIR was filed in the matter.