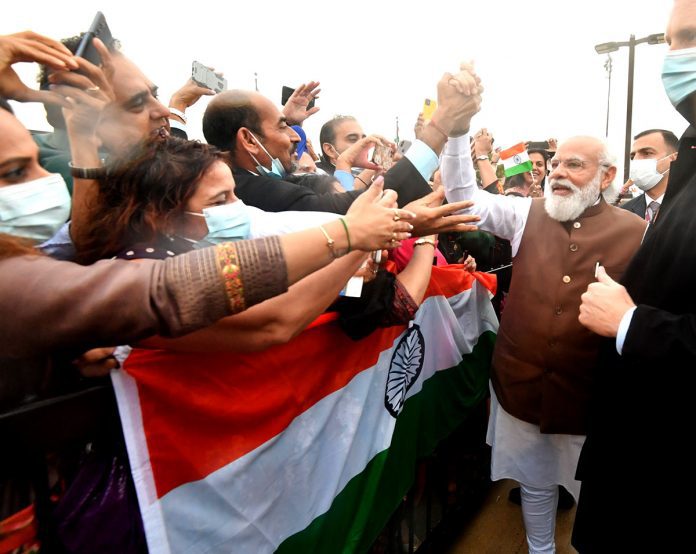 While the PM smiled and shook hands with the people, the crowd chanted his name and waved the Indian flag.

Prime Minister Narendra Modi landed in Washington early on Thursday on a three-day visit to America at the invitation of US President Joe Biden, whom he would meet at the White House for the first time since Biden won the presidency.

He was warmly greeted by a crowd of Indian Americans at the Joint Base Andrews and tweeted his thanks: “Grateful to the Indian community in Washington DC for the warm welcome. Our diaspora is our strength. It is commendable how the Indian diaspora has distinguished itself across the world.”

While the PM smiled and shook hands with the people, the crowd chanted his name and waved the Indian flag.

Modi is scheduled to have as many as eight meetings, including with US Vice-President Kamala Harris, on the first working day of his US trip. He will also participate in the first in-person Quad Summit with the US, Australia and Japan, and address the United Nations General Assembly on September 24. 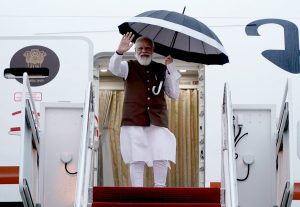 With Biden, Modi plans to review the India-US Comprehensive Global Strategic Partnership and discuss regional and global issues, while he will focus on COVID, terror and climate change at the UN.

This is Modi’s seventh visit to the US since assuming office in 2014, and the first since the COVID pandemic broke out. His delegation comprises National Security Adviser Ajit Doval and external affair minister S Jaishankar, who has held a series of bilateral and multilateral meetings in New York in the last two days. 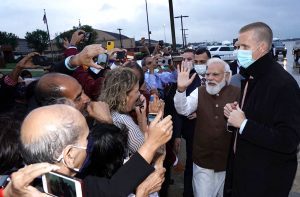 The PM is also scheduled to meet top executives of major US companies in Washington, including the heads of Qualcomm, Adobe, Blackstone, General Atomics and First Solar, news agency ANI said. He said he would highlight economic opportunities in India during his meetings with the CEOs.