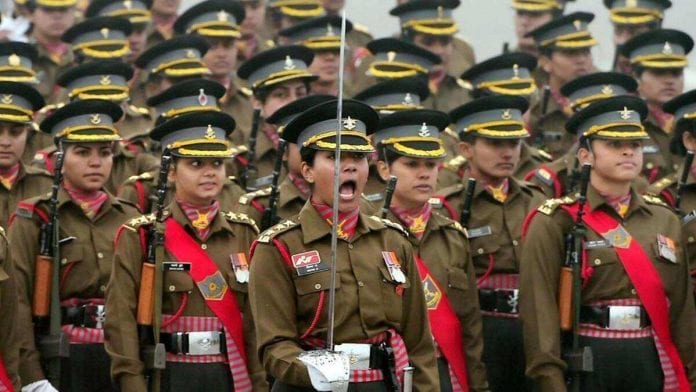 The Supreme Court on Tuesday (July 7) granted one more month to the Centre to implement its verdict directing that permanent commission be given to all serving short service commission (SSC) women officers in the Army.

A bench of Justices D.Y. Chandrachud and Indu Malhotra said the Centre would have to comply with all the directions in the verdict.

The Centre told the bench that decision making on the issue was at a final stage and only formal orders remained to be issued. It said the court’s verdict would be complied with in letter and spirit.

The top court’s direction came on the Centre’s application seeking six months time, in view of the COVID-19 pandemic, to implement the verdict.

In a landmark verdict on February 17, the top court had directed that women officers in the Army be granted permanent commission and command postings, rejecting the Centre’s stand of their physiological limitations as being based on ‘sex stereotypes’ and ‘gender discrimination against women.’

It had directed the Centre that within three months, all serving Short Service Commission (SSC) women officers have to be considered for Permanent Commission (PC) irrespective of them having crossed 14 years or, as the case may be, 20 years of service.

It had said that the question of combat posting of women officers was a policy decision and was not dealt by the Delhi High Court in its 2010 verdict. The top court accepted the Centre’s policy of February 25, 2019 to grant permanent commission to SSC women officers in all the 10 streams in the Indian Army.

Despite this policy, the Centre’s stand in a matter before the top court was that provisions of Army Act contemplate that women will be eligible for enrolment only in those segments which the government permits.

The top court had said that women officers had got numerous commendation certificates and laurels and their track record of service to the nation was beyond reproach.

It had rejected the Centre’s submission that women officers cannot be granted permanent commission due to physiological limitations, all-male environment in a unit, combat capability and said that mindset change was required to recognize the values of the Constitution.

“To cast aspersion on their abilities on the ground of gender is an affront not only to their dignity as women but to the dignity of the members of the Indian Army men and women who serve as equal citizens in a common mission,” the top court had said.

“The submissions advanced in the note tendered to this Court are based on sex stereotypes premised on assumptions about socially ascribed roles of gender which discriminate against women,” it had said.

It had said reliance on inherent physiological differences between men and women rests in a deeply entrenched stereotypical and constitutionally flawed notion that women are the ‘weaker sex’ and may not undertake tasks that are ‘too arduous’ for them.

Rejecting the Centre’s arguments, the top court had said it is founded on the physical strengths and weaknesses of men and women and on assumptions about women in the social context of marriage and family which do not constitute a constitutionally valid basis for denying equal opportunity to women officers.

“To deny the grant of PC to women officers on the ground that this would upset the peculiar dynamics in a unit casts an undue burden on women officers which has been claimed as a ground for excluding women,” it had said.

It had held that the option of grant of permanent commission shall be given to all women SSC officers and if those with more than 14 years of service do not opt for grant of PC then they will be entitled to continue in service until they attain 20 years of pensionable service.
The top court had also cleared the hurdle for command postings for women by staying the enforcement of the expression ‘in various staff appointments only’ and ‘on staff appointments only’ in Para-5 and Para-6 of the notification dated February 25, 2019.

They deal with grant of PC to SSC women officers in various staff appointments only and within their parent department. The top court had said SSC women officers with over 20 years of service who are not granted PC shall retire on pension in terms of policy decision.
It had said that pension and other benefits would be made available to those officers in service or those who had moved the High Court by filing the writ petitions.

It had said that following the Delhi High Court 2010 judgment, the Centre was under a mandate to grant PC to women officers, to the exclusion of the Combat Arms, and at par with the grant of PC to their male counterparts.

On the Centres policy decision of February 25, 2019, the top court had said it is a recognition of right of women officers to equality of opportunity. The top court had noted that Indian Army had sanctioned 50,266 posts for officers, while the posts currently occupied are 40,825 including 1,653 by women officers.

It had noted that there is shortage of 9,441 officers in the Indian Army. There are a total of 1,653 women officers which is a miniscule 4 per cent of the total strength of commissioned officers in the Army, it had said.

The total of 1,653 officers includes – 77 having above 20 years of service, 255 having service tenure between 14 and 20 years and the fate of 322 women officers was to be decided by the verdict of the apex court.