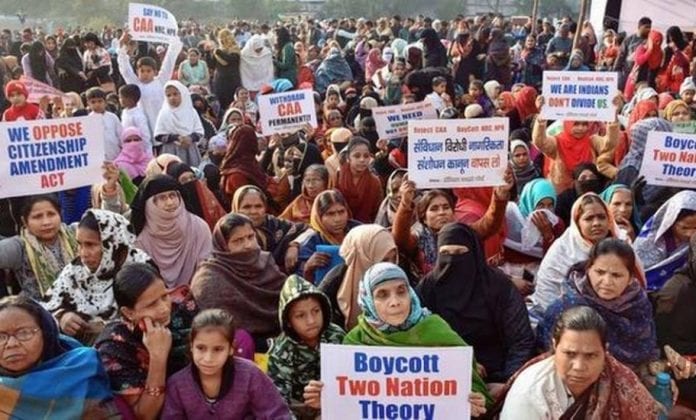 The government on August 4 told the Rajya Sabha in a written reply that it has no plans to revise the Citizenship Amendment Act (CAA) to include other minorities under the purview of the Act.

In a written reply to a query by Indian Union Muslim League MP Abdul Wahab, the Minister of State for Home Affairs Nityanand Rai said that those eligible to be covered by the CAA may submit applications for citizenship once the Centre notifies the rules.

Also read: Explained: All about Citizenship Amendment Act, 2019 and the row over it

“The committees on subordinate legislation, Lok Sabha and Rajya Sabha have been requested to grant extension of time up to January 9, 2022, to frame the rules under the CAA,” Rai told Parliament in writing.

The Centre on May 28 had invited non-Muslims — Hindus, Sikhs, Jains and Buddhists — belonging to Afghanistan, Bangladesh and Pakistan and living in 13 districts of Gujarat, Rajasthan, Chhattisgarh, Haryana and Punjab to apply for Indian citizenship.

It granted powers under existing rules to the authorities to accept, verify and approve citizenship applications from members of minority communities from Pakistan, Afghanistan and Bangladesh.

The notification lists Hindus, Sikhs, Buddhists, Jains, Parsis and Christians as the communities that will be covered, and states that the applications will have to be submitted online.

The Act has been criticised for granting legal citizenship to illegal migrants and allegedly flouting Article 14 of the Constitution that gives right to equality to both citizens and non-citizens.

Those opposing the implementation of the Act have called it ‘anti-Muslim’ for limiting the legislation’s purview to just three Islamic countries and six non-Islamic religions, and ignoring other persecuted communities like the Sri Lankan Tamils or the Rohingya Muslims of Bangladesh.

It is being alleged that the Act has been implemented to legitimise illegal Hindu migrants facing deportation under the National Register of Citizens (NRC), and was thus discriminatory to Muslims.