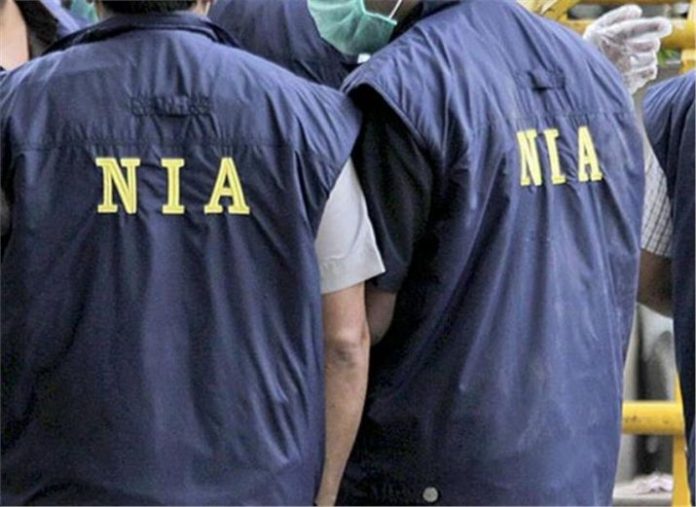 Rashid, popularly known as Rashid Engineer and leader of the Awami Ittehad Party (AIP), contested as an Independent candidate in the 2014 Assembly constituency from Langate in North Kashmir. He is at present in judicial custody at the Tihar Jail after he was arrested by the NIA on August 9 in connection with a case related to finding of terror activities in the erstwhile state of Jammu and Kashmir.

The officials said the agency would soon approach court for seeking a production warrant for summoning Rashid and question him about his association with Naveed alias Babu, whose full name is Syed Naveed Mushtaq Ahmad. He is at present under the custody of the NIA till February 6.

Rashid was arrested along with suspended Jammu and Kashmir Deputy Superintendent of Police (DSP) Davinder Singh on January 11. The police officer was allegedly ferrying Naveed along with two others out of the Kashmir Valley.

As reported by PTI last week, Naveed had claimed during interrogation that he had been in constant touch with the legislator for establishing a firm base for the terror group in North Kashmir and was looking for possible hideouts in that area, the officials alleged. This is definitely a serious offence and needs to be probed thoroughly, they said, while justifying the need for questioning Rashid.

Along with Singh and Naveed, Rafi Ahmed Rather and Irfan Shafi Mir, who claims to be an advocate, were also arrested on the day from the Srinagar-Jammu National Highway at Qazigund.

On January 23, Naveeds brother, Syed Irfan Ahmed, was also arrested after he was brought from Punjab. He was in constant touch with his brother and had asked him to look for an accommodation in Chandigarh, where they could escape the harsh winter months of Kashmir.

Last year also, Singh had ferried Naveed to Jammu and facilitated his return to Shopian after “rest and recuperation”. Rashid was first a mainstream politician who was arrested by the NIA last year in connection with a case related to the funding of terror activities in Kashmir. His name had cropped up during the interrogation of businessman Zahoor Watali arrested by the NIA for allegedly supplying money to terror groups and separatists in the valley.

The NIA had registered the case against separatist and secessionist leaders, including unknown members of the Hurriyat Conference, who have been acting in connivance with active militants of proscribed terrorist organisations Hizbul Mujahideen, Dukhtaran-e-Millat, Lashkar-e-Taiba (LeT) and other outfits and gangs in 2016.

The case was registered for raising, receiving and collecting funds through various illegal means, including hawala, for funding separatist and terrorist activities in the erstwhile state and for causing disruption in the valley by pelting stones on the security forces, burning schools, damaging public property and waging war against India, the probe agency said in the FIR.

Hafiz Saeed, chief of the banned Jamaat-ud- Dawa (JuD), the front of the Lashkar-e-Taiba terror outfit, has been named in the FIR as an accused. The FIR also names organisations such as the two factions of the Hurriyat, one led by Syed Ali Shah Geelani and the other by Mirwaiz Umar Farooq, Hizbul Mujahideen and the Dukhtaran-e-Millat, an all-women outfit of separatists.

When world moves to 5G, Kashmir kept in 2G