The Union cabinet on Wednesday (July 29) approved the new National Education Policy (NEP) and the renaming of the HRD ministry to education ministry. The policy, framed in 1986, was last revised in 1992. Under this policy, mother tongue or regional language will be the medium of instruction up to Class 5, said an official.

Other key reforms in this policy are: a single regulator for all higher education institutions except for legal and medical colleges, common entrance exam for admissions to universities and colleges to be conducted by the National Testing Agency (NTA) and common norms to be in place for private and public higher education institutions under the Central government’s new Education Policy. 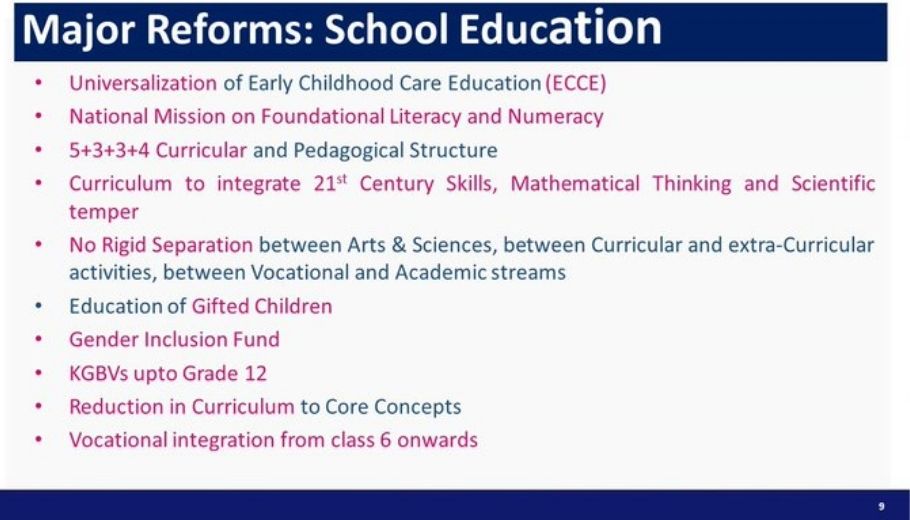 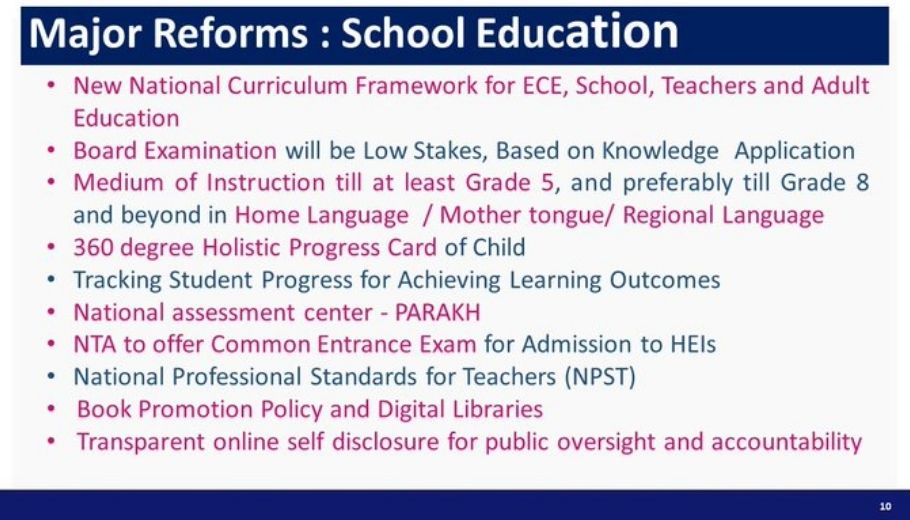 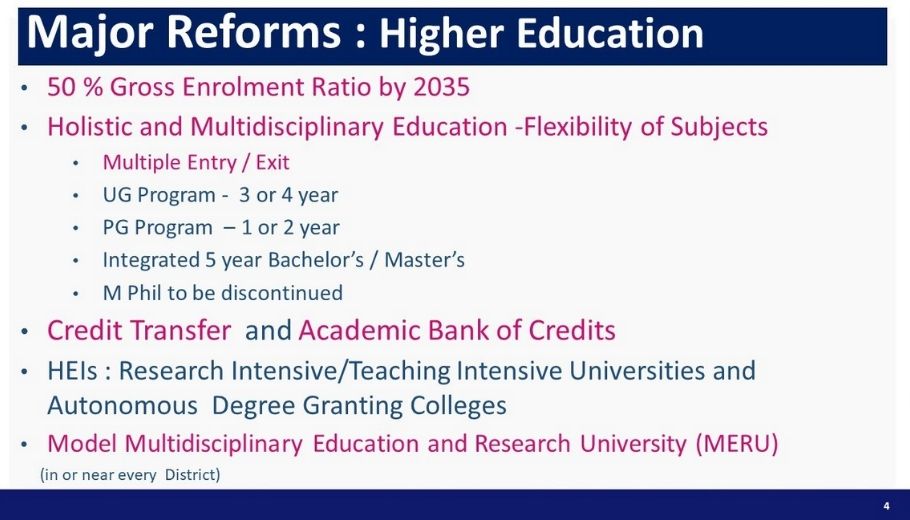 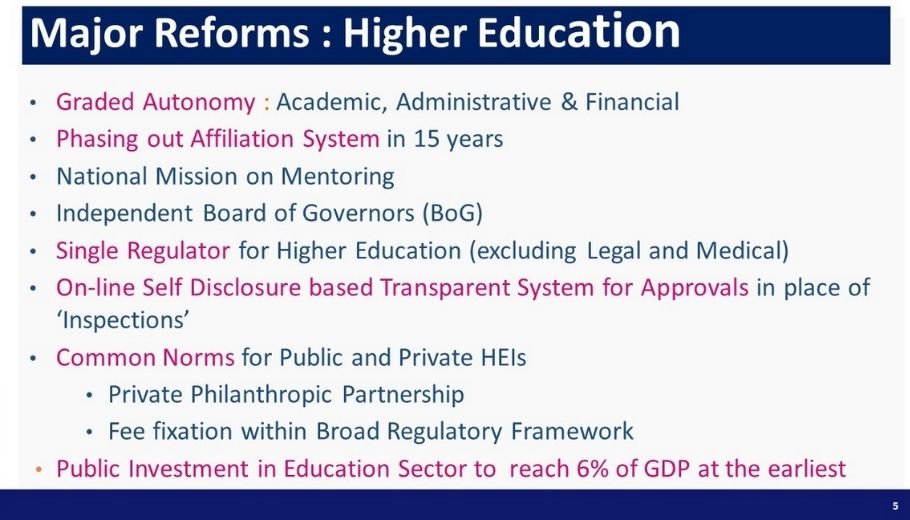 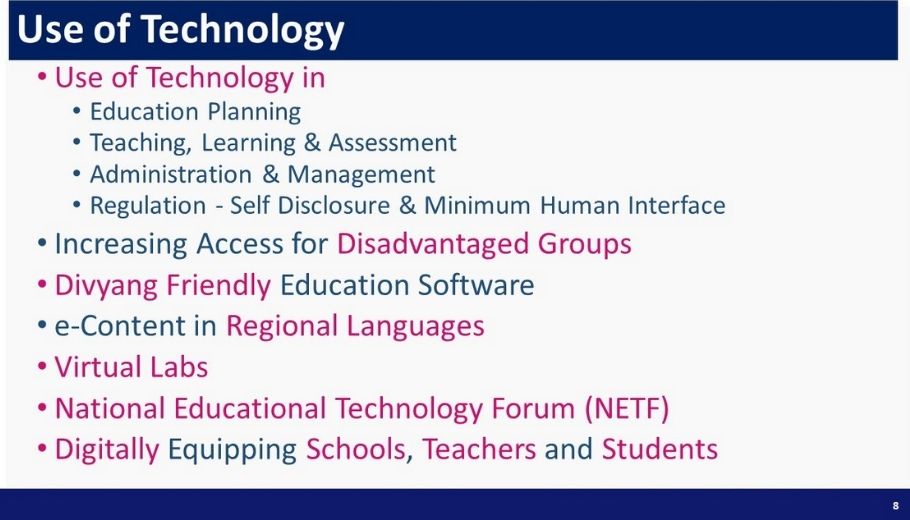 HRD Higher Education Secretary Amit Khare told reporters on Wednesday that NEP 2020 aims to increase the Gross Enrolment Ratio in higher education, including vocational education from 26.3% (2018) to 50% by 2035. “At least 3.5 crore new seats will be added to higher education institutions,” he said.

Khare said that the affiliation of colleges is to be phased out in 15 years and a stage-wise mechanism is to be established for granting graded autonomy to colleges. “Over a period of time, it is envisaged that every college would develop into either an autonomous degree-granting college, or a constituent college of a university,” he said.

Elaborating on the reforms in school education, HRD Secretary Anita Karwal said, “Board exams will be low stake. The focus will be on testing concepts and knowledge application. Home language, mother tongue or regional language to be medium of instruction up to class 5.” She further said, “School curriculum will be reduced to core concepts and there will be integration of vocational education from class 6.”

The new education policy was part of the Bharatiya Janata Party’s manifesto ahead of the 2014 general election. In May 2016, a ‘Committee for Evolution of the New Education Policy’ under the chairmanship of TSR Subramanian, former cabinet secretary, submitted its report. Based on this, the ministry prepared a document called ‘Some Inputs for the Draft National Education Policy, 2016’.

Then, a committee headed by former Indian Space Research Organisation (ISRO) chief K Kasturirangan had submitted the draft of the new NEP to the Union HRD Minister, Ramesh Pokhriyal ‘Nishank’ when he took charge last year. It was then put in the public domain to seek feedback from the various stakeholders and over two lakh suggestions were received by the HRD ministry about the same.