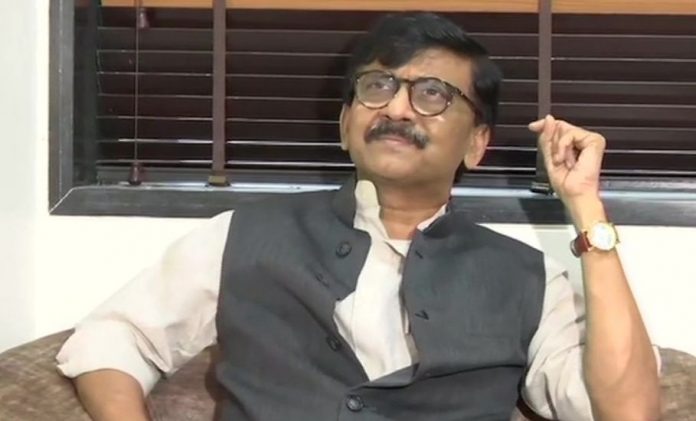 'Our political ways are different, but our friendship will remain intact, Sanjay Raut has said about ties with BJP. File Photo

A day after former chief minister and BJP leader Devendra Fadnavis told the media that its estranged ally, the Shiv Sena, was “not an enemy,” Shiv Sena MP and spokesperson sought to liken the relationship with Bollywood’s divorced couple Aamir Khan and Kiran Rao, who have chosen to remain “co-parents and family”.

“We are not India-Pakistan. Look at Aamir Khan and Kiran Rao, it is like them. Our (Shiv Sena, BJP) political ways are different but our friendship will remain intact,” ANI quoted Raut as saying.

Aamir and Kiran Rao came out with a joint statement on Saturday, saying: “Now we would like to begin a new chapter in our lives — no longer as husband and wife, but as co-parents and family for each other.”

“Devendra Fadnavis has said that BJP, Shiv Sena are not enemies, it’s 100% true but this doesn’t mean that both will come together and form a government,” said Maharashtra BJP president Chandrakant Patil, as per an ANI report.

On July 4, Fadnavis, when asked if there was a possibility of a reunion between the two former allies, said “appropriate decision” would be taken depending on the situation.

“The BJP and the Shiv Sena are not enemies though there are differences of opinions. An appropriate decision will be taken as per the situation. Our friend (read Shiv Sena) contested the 2019 Assembly elections with us. But after polls, they (Sena) joined hands with the very people (NCP and Congress) against whom we contested the polls,” said the former CM.

The Sena and the BJP broke off their decades-old ties over the chief minister’s post after the Maharashtra Assembly elections in October 2019 and formed Maha Vikas Aghadi (MVA) government with the NCP and Congress.

Following the meeting, Thackeray had said he and PM Modi were not together as political friends but that did not mean they don’t share cordial relations.

“We may not be politically together but that doesn’t mean our relationship has broken. Main koi Nawaz Sharif se nahi milne gaya tha (I didn’t go to meet former Pakistan PM Nawaz Sharif). So, if I meet him (the PM) separately in person, there is nothing wrong with it,” Uddhav had said.

Reports of reconciliation between the two Hindutva parties come amid action being taken by Central agencies against leaders of the Nationalist Congress Party, the most significant among them is Anil Deshmukh, the former home minister.

The Shiv Sena was alarmed when its Thane MLA Pratap Sarnaik in June wrote to Chief Minister Uddhav Thackeray to “reconcile” with the BJP “before it is too late”, saying such a move will save leaders like him from “problems being created by Central agencies.”