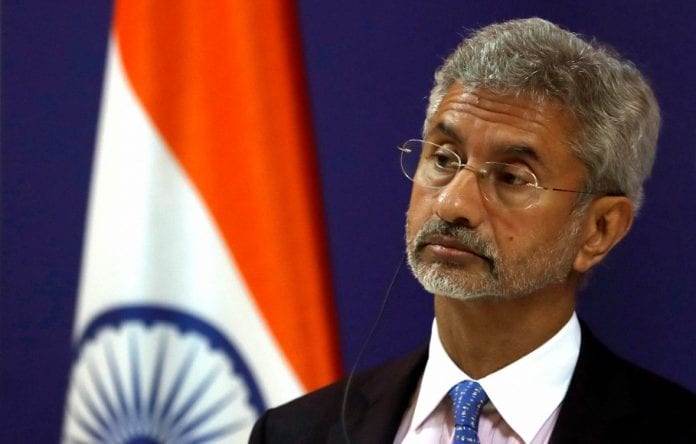 The apparent haste over naming COVID mutations after countries of origin has of late been threatening to sour ties between nations. On Wednesday (May 19), the Centre, rushing to steer clear of Arvind Kejriwal’s gratuitous warning against COVID variant from Singapore, said the Delhi Chief Minister had “no competence to pronounce on COVID variants or civil aviation policy”.

The nomenclature such as the ‘UK strain,’ ‘Brazilian strain’ and the ‘Indian strain’ has caught the attention of the countries reeling under the COVID onslaught, which has claimed the lives of tens of thousands of people across the world.

The Delhi CM does not speak for India, External Affairs Minister S Jaishankar said. “Irresponsible comments from those who should know better can damage long-standing partnership”.

Kejriwal, while speaking about the national capital’s COVID situation on May 18, said that a variant of the novel coronavirus found in Singapore could usher in a third wave in the country. He appealed to the Centre to immediately halt air services with Singapore.

Singapore’s Health Ministry reacted rather annoyingly: “There is no truth whatsoever in the assertions found within the reports. There is no ‘Singapore variant.’ The strain that is prevalent in many of the COVID-19 cases in recent weeks is the B.1.617.2 variant, which originated in India. Phylogenetic testing has shown this B.1.617.2 variant to be associated with several clusters in Singapore.”

The Ministry of External Affairs official spokesperson Arindam Bagchi said on Wednesday (May 19), “Singapore Government called in our High Commissioner today to convey strong objection to Delhi CM’s tweet on ‘Singapore variant’. The High Commissioner clarified that the Delhi CM had no competence to pronounce on COVID variants or civil aviation policy.”

Then came Jaishankar’s statement: “Singapore and India have been solid partners in the fight against COVID-19. Appreciate Singapore’s role as a logistics hub and oxygen supplier. Their gesture of deploying military aircraft to help us speaks of our exceptional relationship.”

The Centre on May 12 took exception to labeling of the B.1.617 COVID variant as the “Indian variant”. Issuing a statement, the health ministry clarified that the World Health Organization (WHO) has never associated the word “Indian” with the variant. “Several media reports have covered the news of WHO classifying B.1.617 as a variant of global concern. Some of these reports have termed the B.1.617 variant of the coronavirus as an ‘Indian Variant’.

The WHO also put out a tweet clarifying that it does not “identify viruses or variants with names of countries they are first reported from”; it rather refers to them by their “scientific names”.

At least nine countries — the US, UK, the UAE, France, Australia, Singapore, New Zealand, Hong Kong and Oman — have since late April imposed fresh restrictions on travel to and from India on account of the surge in COVID cases.

Even since the second wave of the pandemic struck India, the country has been identified as the “biggest risk” of exporting new variants of the virus to countries around the world.