A ruckus broke out between BJP and Congress MPs in the Lok Sabha on Friday (February 7), leading to its adjournment till 2 pm after Health Minister Harsh Vardhan condemned Congress leader Rahul Gandhi for his ‘beat with the sticks’ remark at Prime Minister Narendra Modi.

During the Question Hour, when Gandhi asked a question related to the establishment of medical colleges, Vardhan said before answering it he wants to condemn “the outlandish language he has used against the Prime Minister of the country”.

Vardhan, said he was surprised at Gandhi’s remarks as his father has also been a prime minister of the country. He said in the worst of cases, BJP leaders have not made such outlandish personal remarks against Gandhi.

“The entire House must in unequivocal terms condemn his language against the Prime Minister,” he said.

His remarks sparked an outcry in the House. Congress members, who were on their feet, rushed to the well of the House and some members were also seen coming in front of Harsh Vardhan, as he continued reading out the written statement.

Gandhi while addressing a rally at Old Delhi’s Hauz Qazi had said that Modi will not be able to move out of his house in the next six months as the youth will beat him with sticks.

“Narendra Modi, who is giving speeches, he will not be able to move out of his house in the next six months. The youth of India will beat him with sticks to make him understand that without employment, the country can never progress,” Gandhi said. 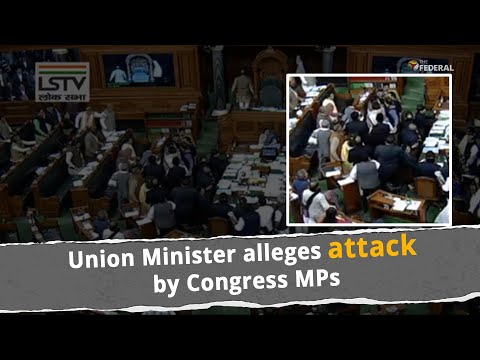 Modi raked up Gandhi’s ‘danda’ jibe in the Parliament, and said that he has been abused sufficiently in the last 20 years that he has become ‘gaali-proof’, and he will further strengthen his back by doing more surya namaskar.

“I have decided that I will increase the frequency of ‘Surya Namaskar’ so that my back becomes so strong that it can bear the sticks,” Modi had said on Thursday.

The prime minister also called Gandhi a “tubelight” (colloquially used for a dim-witted person) for responding late to his speech.

Responding to the ‘tubelight’ barb on Friday, Gandhi said Modi doesn’t despite being a prime minister doesn’t behave like one.