India has a unique law for the protection of its plant varieties, but the authority administering the law has been embroiled in litigation over the procedure adopted by its chairman for grant of registration and the revocation of registration to a major snack, foods and beverages multinational for its wafer-quality potato variety.

KV Prabhu, who took over as Chairman of the Protection of Plant Varieties and Farmers’ Rights (PPVFR) Authority in February 2018, justified his decisions in a zoom interview with  The Federal. 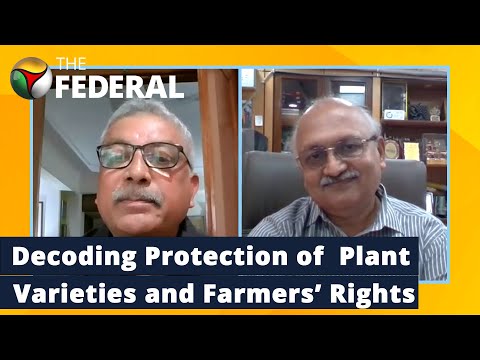 The procedure adopted in 2018 requires applicants to deposit the seed of a non-hybrid variety or a hybrid variety along with their parental lines (male, female and maintainers as the case may be) at the time of filing. Private companies say they cannot part with the parents and risk the leakage of proprietary material.

“A claim is not sufficient, it has to be proved,” says Prabhu. The new procedure is the one prescribed by the PPVFR Act, he asserts.

The Act requires the applicant to “make available to the Registrar such quantity of seed of a variety for registration” for the purpose of conducting tests to evaluate whether the seed of the variety “along with the parental material” conform to the standards prescribed in the regulations.

When told that of the 5,023 registrations made so far, 3,504 were done before the new procedure was introduced, he said: “What we have done is what should have been done.” The Authority has been giving registrations since 2009.

The Federation of Seed Industry of India (FSII) says the procedure has slowed down registrations and applications from private companies have become a trickle. The PPVFR Authority’s website says 1,364 applications were received since October 2018. It does not say how many of these were from farmers and public research organizations and how many were from private companies.

Prabhu denies the new procedure acts as a brake. He attributes the decrease in applications to COVID restrictions and the new requirement that the planting material for sowing in a particular season must be received in advance within a window. For example, for sowing in June-July, the seeds must be provided between March 1 and April 15.

The FSII moved the Delhi High Court in November 2019, contesting the new procedure.

The action followed a PIH suit for damages of a little over ₹1 crore each from nine Gujarat farmers for growing its wafer quality proprietary potato variety and supplying the harvest to a rival company, Lawyer Anand Yagnik who represented some of the farmers said they were not interested in growing any protected variety in violation of the law. The seed they had planted was obtained through “customary and conventional methods from friends and relatives.”

The Act gives farmers wide latitude. It allows them to save, use, sow, resow, exchange, share and even sell farm produce, including seeds of protected varieties provided they are not sold packaged and branded. The Geneva-based UPOV or the International Union for the Protection of New Plant Varieties says this ‘brown bagging’ provision dilutes intellectual property protection.

“That is the purpose of the Act,” Prabhu said. “That is why we are not part of UPOV” and have our own unique law to help farmers get access to the seed or planting material they wish to cultivate. He said small farmers cannot spend time and considerable amounts of money to obtain seed. Even if PepsiCo cannot make the seed available, they should be able to access it, he said.

PepsiCo’s FC 5 is processing quality potato. It is not the table variety used in sabzi. PepsiCo had offered to buy back the harvest from the farmers but they had declined. The allegation was that they were fronting for its rival.

PepsiCo had obtained an injunction against farmers from an Ahmedabad court. But the high damages it sought were bad optics. More than 190 civil society groups denounced PepsiCo.

In his order revoking the registration, Prabhu observed that the deed by which the breeder, W. Hoopes, a scientist had assigned his rights to Recot Inc (renamed Frito-Lay North America, an affiliate company of the PepsiCo group) was not on stamp paper or on an official letterhead. Hence it was inadmissible as evidence.

Hoopes’ signature had not been authenticated by witnesses. The assignment of rights by Frito-Lay to PIH was oral and was not accompanied by any letter ratifying the assignment, which had to be done within six months of the application in February 2011 (The latter was supplied in September 2019 when the revocation application was being heard).

In its submissions, PIH said it had imported the variety and got it tested by the Central Potato Research Institute in 2007. It had been trading in it since 2009 and had tested it for yield performance at four locations from 2009-10.

It said it had spent about ₹3 crore between 2012 and 2017 in R&D on FC 5 and other potato varieties and a further ₹93 crore between 2013 and 2017 on producing seed for distribution among its contract growers in Gujarat, numbering 14,000 in 2017-18. The Authority revoked the registration on the grounds that “incomplete information” had been provided.

The seed industry’s run-in with the Authority has not affected the sale because under the Seed Act they can be sold as “truthfully labelled” so long as they meet parameters like germination percentage. It is just that the companies do not have recourse to a legal remedy if unregistered proprietary seed is copied and sold.

Prabhu also fielded questions on the new genome editing guidelines notified in May. He was the chairman of the committee that had drafted them. In a Zoom interview (https://bit.ly/3MwzkDb) with thefederal.com, Deepak Pental, geneticist, former Vice-Chancellor of Delhi University and the developer of a genetically-modified mustard hybrid had critiqued the guidelines as “ambiguous,” and not “crisp and clear.” He said the guidelines sought unnecessary data from the developer for moving genome-edited plants from containment to open fields.

“The guidelines are regulatory guidelines,” Prabhu said. Their purpose is not to “encourage or motivate plant breeders or geneticists … to produce better material.” Prabhu said the guidelines were meant to ensure bio-safety so that the foreign DNA used as genetic scissors for editing were scrubbed clean of the genome edited plant before being moved to open fields.

A surgeon cannot say that the aseptic conditions prescribed for the operation theatre are hampering their surgery, Prabhu said by way of analogy. He also contested Pental’s assertion that a mutation that has been induced will be stable and there is no need for data to support stability. “He is wrong,” Prabhu said. “It is not that every mutation that happens is stable.”