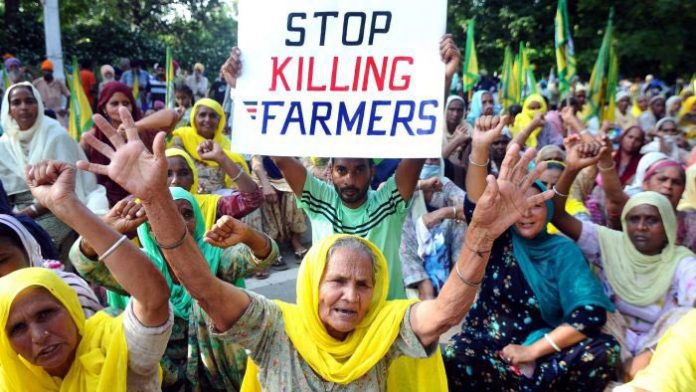 Four farmers were killed when an SUV ran over them on October 3 in UP. Four others, including BJP workers, were killed in the violence that followed.

Ashish Mishra, the son of Union Minister of State for Home Affairs Ajay Mishra, appeared before the special investigation team (SIT) formed to probe the Lakhimpur Kheri violence case on Saturday, amid tight security in the area.

Mishra was initially supposed to appear before the police at 10am on Friday, but he didn’t turn up that day, and had sought more time from the police. The Uttar Pradesh Police had issued a second summons, asking him to appear before it by 11am on Saturday.

Ajay Mishra had said his son would make an appearance on Saturday and added that he could not answer the summons on Friday due to poor health.

The UP Police had arrested two men on Thursday in connection with the case, and had asked Mishra to appear before it.

Four farmers were killed after a Mahindra Thar SUV belonging to Ashish Mishra ran over them on October 3. Four people, including BJP workers, were killed in the violence that followed the incident.

Prime Minister Narendra Modi should for once express grief in Parliament over the death of around 750 farmers during the months-long anti-farm law protests on Delhis borders, Bhartiya Kisan Union (BKU) leader Rakesh Tikait said on Saturday.

He slammed the BJP-led Centre over the minimum support price (MSP) issue, and alleged that the governments assurance that the system would continue is “only on paper” and the farmers want it in reality.

Tikait also said that he didn’t consider those who killed BJP workers in Lakhimpur Kheri as culprits as they only reacted to the SUV running over protesters. “The killing of two BJP workers in Lakhimpur Kheri after a convoy of cars mowed down four farmers is a reaction to an action. I do not consider those involved in the killings as culprits,” Tikait told the media at a press conference.

Farmer leaders upped the ante on their demand that Union minister Ajay Mishra and his son be arrested in the Lakhimpur Kheri violence case, and termed the incident a “terror attack” and part of a “pre-planned conspiracy”.

The Samyukta Kisan Morcha (SKM), an umbrella body of farmer organisations spearheading the stir against the farm laws, said they will take out a “Shaheed Kisan Yatra” from Lakhimpur Kheri if their demands are not met by October 11.

The SKM also appealed to farmer bodies to organise prayer meetings on October 12 and urged people to light candles outside their homes on that evening.

The Morcha said farmers will burn effigies of Prime Minister Narendra Modi and Home Minister Amit Shah on Dusshera in protest against the violence.

The SKM also gave a call for a “rail roko” agitation across the country from 10 am to 4 pm on October 18 and a “mahapanchayat” in Lucknow on October 26.

While farmers had claimed that Ashish Mishra was present in one of the vehicles, Mishra and his father have said he was not present at the spot, although they have confirmed that the vehicles belong to Ashish.

Ajay Mishra even went on to say that he has ‘video evidence’ to prove that Ashish was at an event at that time. He further claimed that Ashish would have been killed by the ‘violent mob disguised as farmers’ had he been present at the spot during that time.

Meanwhile, according to one of the FIRs registered by Jagjit Singh, Ashish escaped into the sugarcane fields firing shots, after mowing down the farmers.

A nine-member team headed by DIG Upendra Agarwal has been formed to investigate the FIRs lodged against Mishra and others in this case. The matter is also being heard by the Supreme Court, which has pulled up the Uttar Pradesh government for the sloppy progress.

Ashish joined the investigation after much pressure from the farm unions, which had given him an ultimatum to appear before the team before October 12.