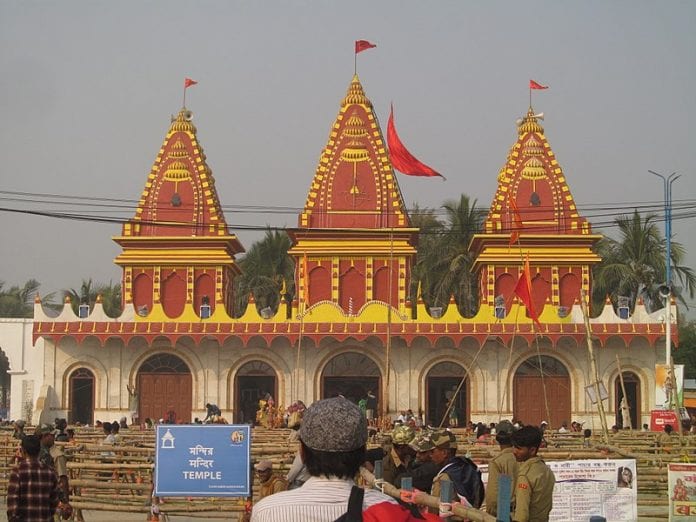 Speaking to reporters, the chief priest of the temple located at Ganga Sagar in West Bengal’s South 24 Parganas district said no one should be discriminated based on religion.

“You pray to God in different ways but humanity is the religion,” he said on Monday.

The Citizenship (Amendment) Act, 2019 seeks to grant Indian citizenship to religious minorities of Afghanistan, Pakistan and Bangladesh fleeing persecution there.

Asked about the recent violent protests against the CAA, Das said, “(Prime Minister) Modi Ji and (Union Home Minister) Amit Shah can reply to your questions.”

Speaking on the annual Ganga Sagar Mela, he said no visitor is discriminated based on religion.

“There is no difference between Hindus, Muslims and Christians in the mela (fair),” Das said.

Terming Chief Minister Mamata Banerjee, who visited the temple on Monday, as a “Virangana’ (brave woman), Das said she is working for humanity.

“Is development work undertaken here only for Hindus? It is for all,” Das added.

Border on the boil: Assam won’t give an inch of land, says CM

Five Assam cops killed as boundary row with Mizoram spirals out of c...