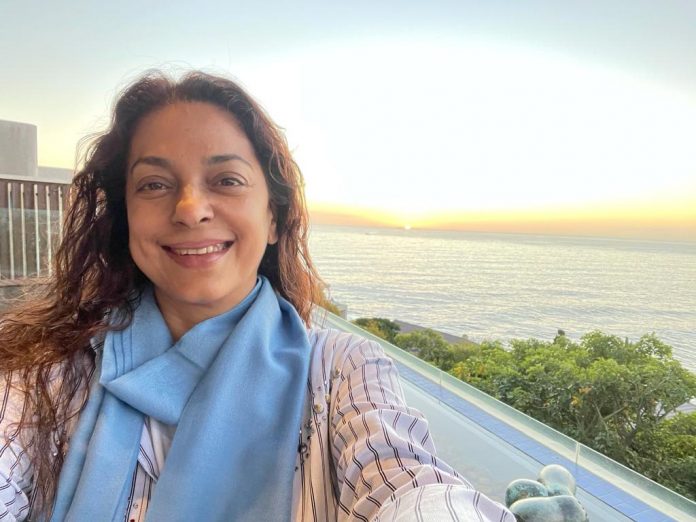 The lawsuit by Juhi Chawla (in pic), Veeresh Malik, and Teena Vachani argued that if 5G really happens it would cause irreversible damage to the environment. Pic: Twitter

A day after the Delhi High Court dismissed Bollywood actor Juhi Chawla’s petition against 5G  telecommunication in India, Twitter was full of memes on the famous actor of the 90s.

“Plaintiffs abused process of law. Costs of Rs 20 lakh is imposed on plaintiffs. It appears suit was for publicity. Juhi Chawla circulated link of the hearing on social media,” Justice Midha said.

The court also sought action against those who interrupted the virtual hearing on June 2 by singing songs from the actor’s films. Someone started singing the song ‘Ghoonghat ki aad se’ from her 1993 movie ‘Hum Hain Rahi Pyar Ke’. Justice JR Midha ordered the person to “mute himself”. A little later, someone started singing again and thus had to be removed from the hearing. At the same time, the judge warned the person to be identified and slapped with a contempt of court notice.

A Twitter user, @BhatiaCrish, said that the actor had become the first person to pay Rs 20 lakh for 5G without even using it.

The lawsuit by Juhi Chawla, Veeresh Malik, and Teena Vachani argued that if 5G really happens it would cause irreversible damage to the environment, and “no person, animal, bird, insect, and plant on earth will be able to avoid exposure, 24 hours a day, 365 days a year, to radiation 10x to 100x times greater than what exists today”.

Covaxin shortage in Delhi makes vaccine seekers travel to UP