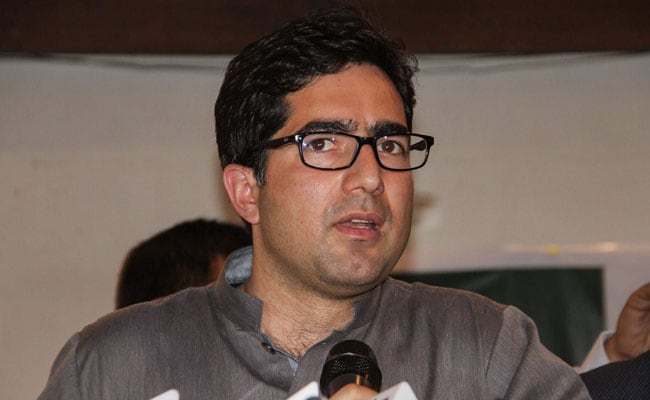 Former IAS officer and chief of Jammu and Kashmir Peoples’ Movement (JKPM) Shah Faesal, who has been under detention since mid-August, was on Friday (February 14)  booked under the stringent Public Safety Act (PSA).

PSA allows detention without trial for up to three months with multiple extensions.

The 2010 batch civil services topper resigned from the services to protest against the unabated killings in Kashmir.

To protest the unabated killings in Kashmir and absence of any credible political initiative from Union Government, I have decided to resign from IAS.
Kashmiri lives matter.
I will be addressing a press-conference on Friday.
Attached is my detailed statement. pic.twitter.com/Dp41rFIzIg

He floated the Jammu and Kashmir People’s Movement party after resigning from the Indian Administrative Service.

Faesal joins a long list of leaders in Jammu and Kashmir, including three former chief ministers Farooq Abdullah, Omar Abdullah and Mehbooba Mufti, who have been booked under the PSA by the J&K administration.

Both Abdullah and Mufti have been under preventive detention since August 5 last year when the Narendra Modi government abrogated Article 370 revoking Jammu and Kashmir’s special status and bifurcating it into two Union Territories.

The act is often regarded as a ‘draconian law’ which empowers the government to detain individuals whose actions can be seen as “instigating, provoking or disturbing, or is likely to disturb public order”.