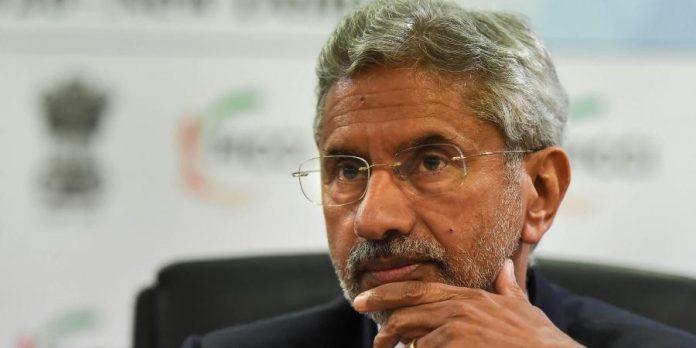 New Delhi has maintained it would repatriate Hindu and Sikhs from Afghanistan. File Photo

External Affairs Minister S. Jaishankar has said India’s focus in Afghanistan is on ensuring the security and safe return of Indian nationals who are still in the war-torn country.

Talking to the media in New York on Aug 18, Jaishankar said New Delhi is following the events in Afghanistan “very carefully.” Asked how India would view and deal with the Taliban leadership, he said it is still “early days”, skirting direct comment on whether India was in touch with the Taliban.

“At this point of time, we are looking at the evolving situation in Kabul… as Taliban and its representatives have come to Kabul and I think we need to take it from there,” he replied to a question whether India has had any communication with the Taliban leadership in the recent days.

Also read: No democracy, Afghanistan to be ruled by council: Taliban

On Indian investments in Afghanistan, the minister said the “historical relationship with the Afghan people” continues. “That will guide our approach in the coming days. I think at this time, these are early days and our focus is on safety and security of the Indian nationals who are there,” he said, NDTV reported.

Addressing reporters after a meeting of the UN Security Council, Jaishankar said the situation in Afghanistan is “really what has been very much the focus of my own engagements here, talking to the UN Secretary-General and other colleagues who are here as well as the US Secretary of State.”

“At the moment we are, like everybody else, very carefully following developments in Afghanistan. I think our focus is on ensuring the security in Afghanistan and the safe return of Indian nationals who are there,” he said.

New Delhi has maintained that it would repatriate Hindu and Sikhs from Afghanistan. “There are also a number of Afghans who have been our partners in the promotion of our mutual developmental, educational and people-to-people endeavours. We will stand by them,” MEA spokesperson Arindam Bagchi said on Aug 16. India has set up a cell to coordinate repatriation and related matters in Afghanistan even as Sikh and Hindu families have taken refuge inside a gurdwara in Kabul

Prime Minister Narendra Modi has said the country will stand by its friends and allies in the war-torn country, which many are desperate to leave.

On August 17, India evacuated the last of its staff from the embassy in Kabul, including the ambassador and the Indo-Tibetan Border Police personnel who were in charge of security. The pullout took place amid curfew declared by the Taliban, who took over Kabul on August 15.

Jaishankar reached New York on Aug 16 for an emergency meeting of the UN Security Council on the situation in Afghanistan. India — a non-permanent member of the Security Council — holds its presidency for this month.

This was the second time in 10 days that the UN body met to discuss the situation in Afghanistan.