Several videos of a professor with the Indian Institute of Technology-Kharagpur (IIT-K) abusing students in an online class have been posted on the social media, which has led to an uproar in the student community.

The teacher, associate professor Seema Singh of the Department of Humanities and Social Sciences, was in the middle of a preparatory class in English for SC/ST candidates and those with physical challenges. In one of the videos, Singh is heard verbally abusing her students and using expletives.

The professor even dared the students to go ahead and lodge complaints with the Ministry of Women and Child Care or the Ministry of SC/ST/Minorities. Singh said “she won’t change her decision no matter what happens”.

Another video shows Singh not allowing exemption to a student, who said her grandfather had died. She is heard saying, “I am a Hindu… I know there are some customs to be done but I also know that in these COVID times, there is a restriction on all these religious rituals…” 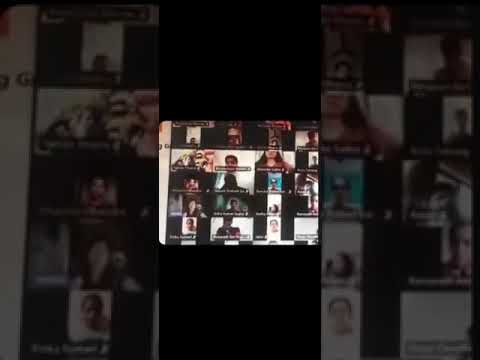 The videos were posted by a group of students from IIT Bombay, who objected to the teacher’s behavior. “This shows complete disregard to the student’s emotion and claims to be the apex authority of the course,” the post read.

In another video, the associate professor is heard exhorting students to say “Bharat Mata ki Jai”. Screaming expletives at the students, Singh is heard saying, “This is the minimum you can do for your country”.

The students, who posted the video on Instagram, have demanded immediate termination of the professor and filing of a police case against her under SC/ST Prevention of Atrocities Act. The students also sought a permanent SC, ST, and OBC cell at IIT-Kharagpur and all other IITs.

“The incident is shocking,” said Ram Puniyani, a prominent human rights advocate and former professor of IIT Bombay, while speaking to The Federal.

Puniyani further said, “These are special classes for people with disabilities and those who lag in language skills. There is a need to teach all those students with empathy and care. I hope the institute authorities look at the complaints of these students in depth and initiate necessary action.”

The former professor said that an SC/ST Cell should be started in residential institutions where affirmative action is implemented in case of trouble for marginalized students. “This cell should act as a anti-caste discrimination cell, which can take strict action against casual and structural casteism and work towards sensitizing the campus about casual and structural forms of discriminations,” a students’ group said in a social media post.

IIT-Kharagpur registrar Tamal Nath has promised action against the said professor and said the institute does not endorse such behaviour. Nath has called a meeting with the students and the faculty to discuss the matter.