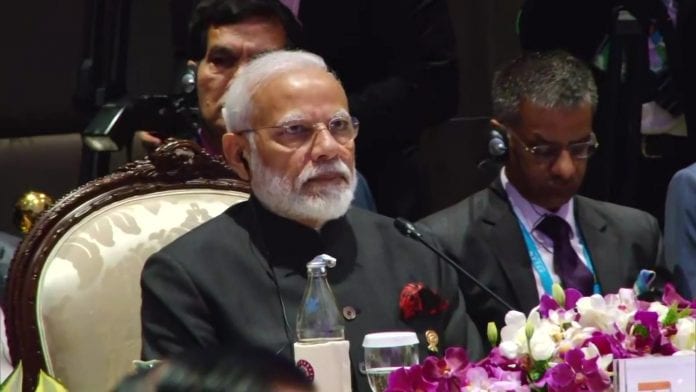 India has decided not to join the Regional Comprehensive Economic Partnership (RCEP) agreement during a meeting at Bangkok, saying its concerns have not been addressed, according to government sources.

“There will be no compromise on core interests. The RCEP agreement does not reflect its original intent and outcome not fair or balanced,” government sources were quoted as saying by ANI.

India’s stand is a mixture of pragmatism, the urge to safeguard interests of poor and effort to give an advantage to India’s service sector while it does not shy away from opening up to global competition across sectors, the sources said following the meeting at Bangkok, where Prime Minister Narendra Modi is representing India for the 16-member free trade pact.

“Our farmers, traders, professionals and industries have stakes in such decisions. Equally important are workers and consumers who make India a huge market and the third biggest economy in terms of purchasing power parity,” Modi was quoted as saying by the sources.

“Thousands of years before RCEP was conceived, Indian traders, entrepreneurs and common people built abiding contacts with this region. For centuries, these contacts and ties made valuable contribution to our shared prosperity,” he said.

“India stands for greater regional integration as well as for freer trade and adherence to rule-based international order. India has been pro-actively, constructively and meaningfully engaged in the RCEP negotiations since inception.

India also raised the unviability of Most favoured Nation(MFN) obligations where India would be forced to give similar benefits to Regional Comprehensive Economic Partnership (RCEP) countries that it gave to others.

Pham Sanh Chau, Ambassador of Vietnam to India, said they understood the concerns raised by India in terms of RCEP (Regional Comprehensive Economic Partnership) “but we hope all the concerned parties will be able to sit down and address the differences in a satisfactory way”.

Australian Prime Minister Scott Morrison said the door will remain “wide open” for India to join the partnership if it decides to do so, as the others were on board in finalising the deal without New Delhi.