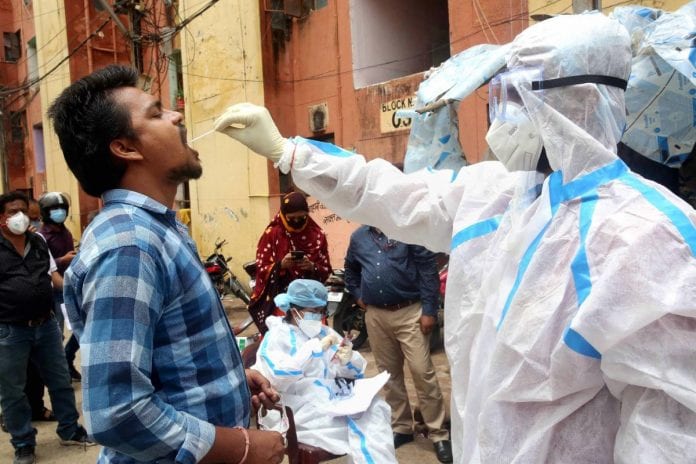 India and Israel are jointly working on developing a rapid Covid-19 testing technology which should be ready in “a matter of days”. Israeli envoy to India said the test will be able to give results in less than a minute by simply requiring an individual to blow into a tube.

“I think it is a matter of days (before the testing kit is ready). What I hear from those involved in the process, it should not take more than 2-3 weeks to finalise that one reliable and accurate technology or a combination of more than one from amongst the four different technologies being analysed,” Malka told PTI in an interview.

In addition, this will be very cheap cost-wise as it gives the result locally without the logistical baggage of sending the sample to laboratories, Malka said.

Indian and Israeli researchers have conducted trials after collecting a large number of samples in India for four different kinds of technologies, including a breath analyser and a voice test, that have the potential to detect Covid-19 rapidly.

There is also isothermal testing that enables identification of the novel coronavirus in a saliva sample and a test using poly-amino acids that seeks to isolate proteins related to Covid-19.

The envoy said this new rapid test is going to be a game-changer and is “a shining example of how fruitful collaboration in science and technology between Israel and India can be.”

“It will be good news for the entire world. Until we manage to immunise the entire population, this joint operation, which we had named ‘open skies’, would literally open the skies in terms of international travel and other economic activities as this can be used at airports and other places by requiring a person just to blow into a tube and the result would be available in 30-40-50 seconds,” he said.

Noting that India has a “very strong relative advantage in manufacturing”, Malka said once the vaccine is ready, Israel is hopeful to get the advantage of that.

“We are helping and supporting each other. We understand that once there is a reliable vaccine that is safe and effective, it will be mostly produced in India,” Malka said.

Israel understands that when India will manufacture a vaccine, it will also take into consideration the needs of Israel, he added.

Indian Prime Minister Narendra Modi and Israeli Prime Minister Benjamin Netanyahu also spoke to each other recently on the collaboration in combating the pandemic, he noted.

Malka said healthcare has become an immediate priority area of collaboration between India and Israel due to the pandemic.

Asserting that healthcare will be one of the main pillars of collaboration between Israel and India going forward, Malka said he has also been working closely with Ayushman Bharat CEO Indu Bhushan to explore ways to collaborate on the mission.

Stalin appeals to private hospitals to go the extra mile for COVID-1...