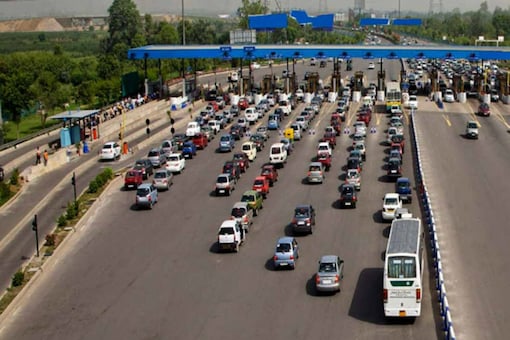 The Mumbai-Pune E-way has emerged as one of the most accident-prone highways in the country in recent years. PTI File Photo

In yet another horrific accident along the Mumbai-Pune Expressway in Maharashtra on Saturday, a car with a family of three inside was crushed between two trucks and later caught fire. All three passengers died instantly, media reports said.

The footage of the accident was reportedly caught in the rear-view camera of another truck that was in front of the car.

The Hyundai i10, in which a young couple and their four-year-old son were travelling was hit by a container truck from behind, following which it lost control and was run over by another truck. It later burst into flames, reports said.

The container driver suffered serious injuries and was shifted to a hospital. A patrol team of the Highway Police reached the spot and rescued the driver of the container.

The six-lane Mumbai-Pune Expressway has emerged as one of the most accident-prone highways in the country in recent years. As many as 91 people lost their lives while 175 others were injured in the total 352 road accidents on the Mumbai-Pune Expressway in the year 2019, as per the data prepared by the Maharashtra Highway Police.

During the same period, a total of 32,876 road accidents occurred in Maharashtra, killing 12,565 people and seriously injuring 19,175 others. A total of 9,723 people had escaped with minor injuries.

As compared to 2018, the number of accidents and fatalities on the expressway went down in the year 2019, it stated.

In the year 2018, a total of 359 accidents had occurred on the expressway, killing 114 people and 174 grievously injured, it stated.

Around 1.5 lakh people have died in road accidents in the past one year across India, according to the government.

The country accounts for the highest number of such incidents — 4.5 lakh — globally every year, with more than 4.5 lakh people being crippled . This results in losses accounting up to 3.14 per cent of the GDP, the World Bank said in a report released earlier this year.

Did lockdown reduce number of road accidents? Read on to find out