The encounter killing of the four accused in the gangrape-and-murder of a Hyderabad veterinarian by the police on Friday (December 6) set off a chorus of appreciation as well as concern among people. While some politicians, including Jaya Bachchan saw it as speedy justice for the rape victim, others, such as Maneka Gandhi and Shashi Tharoor said extrajudicial killings are a matter of concern.

Delhi Chief Minister Arvind Kejriwal said, “The rape cases that have come to light of late, people are in anger whether it is Unnao or Hyderabad, so people are expressing happiness over the encounter. “It is also something to be worried about, the way people have lost their faith in the criminal justice system. Together all the governments will have to take action on how to strengthen criminal justice system.”

All four accused in the gang rape-and-murder case of the 25-year-old woman veterinarian last month were killed in an exchange of fire with police on Friday morning. The incident took place around 6.30 am when the accused were taken to the site of the offence for reconstruction of the crime scene as part of the investigation, a senior police official said, adding that the four had snatched the weapons from the police, who fired on them in self defence.

Reacting to the encounter killings, Samajwadi Party MP Jaya Bachchan said, “Der aaye, durust aaye…der aaye, bohot der aaye..(Better late than never).” BJP leader Maneka Gandhi slammed the police for the killing the four accused, saying it set a “horrifying” precedent for the country. “Jo bhi hua hai bohot bhayanak hua hai is desh ke liye (What happened was horrifying for the country)… You cannot kill people because you want to. You cannot take law in your hands, they (accused) would have been hanged by court anyhow.

“If you’re going to shoot them before due process of law has been followed, then whats the point of having courts, law and police?” the former Union Women and Child Development minister told reporters.

Also Read: Hyd encounter isn’t justice, it replaces one monster with another

Congress leader and Lok Sabha member Shashi Tharoor, however, said extra judicial killings were not acceptable. “Agree in principle. We need to know more, for instance if the criminals were armed, the police may have been justified in opening fire preemptively. Until details emerge we should not rush to condemn. But extra-judicial killings are otherwise unacceptable in a society of laws,” he tweeted.

Tharoor later said that, “We should not rush to condemn until details emerge.”

BJP MP Rajyavardhan Rathore hailed the encounter and also the “leadership” that allowed it. “I congratulate the Hyderabad police and the leadership that allows the police to act like police. Let all know this is the country where good will always prevail over evil (Disclaimer for holier than thou- police acted swiftly in self defence),” he tweeted.

The family of the veterinarian and of Nirbhaya, the 23-year-old paramedic student who died days after being gangraped in Delhi in December 2012, have both come out in support of the policemen involved in the encounter. 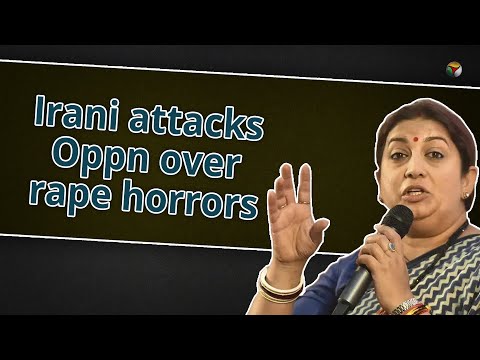 Congress leader Sharmishtha Mukherjee raised questions over the killings and demanded an “unbiased inquiry” into the incident. “If the police version is right that they wanted to flee, then you cannot allow those who have committed such heinous crimes to get away,” said Mukherjee, daughter of former President Pranab Mukherjee.

“But, on the other hand, there was a lot of public outrage and public pressure on the government. If the government has taken any step under public pressure that could be an extra judicial killing, then that is a very dangerous situation for the country because it will set a precedent,” said Mukherjee. The Congress spokesperson also specified that her remarks were in her personal capacity.

According to Kavita Krishnan, secretary of the All India Progressive Women’s Association, the killing of the four men is not justice but a “ploy” to shut down demands for accountability from the police, judiciary, governments, and justice and dignity for women.

She described the incident as the admittance of utter incompetence and failure of criminality on the part of the entire political and police system and accused Telangana Chief Minister K Chandrashekar Rao of deflecting the “whole issue”.

Krishnan said the police personnel responsible must be arrested and prosecuted, and must be asked to prove in court that all four men were killed. “It was an attempt to divert attention from the issue. A high level inquiry in the matter is needed,” said Annie Raja, general secretary of the National Federation of Indian Woman (NFIW).

Lawyer and rights activist Vrinda Grover termed the incident “absolutely unacceptable”. Asking people to say “no to trigger track injustice”, she said, “… so all that the state will do in the name of ensuring that women live as equal and free citizens is to add to its arsenal of unlimited, arbitrary violence.” She also asked for an independent judicial inquiry into the incident.

There were celebratory scenes at the encounter site as well with scores of people gathering to congratulate the police and shouting slogans such as “Telangana Police zindabad” .

Some women were seen distributing sweets to police personnel. Many political leaders stepped into the growing debate.