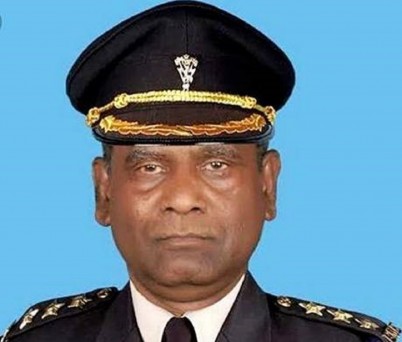 Days after Mohammad Sanaullah, a retired army personnel and a Kargil war veteran, was declared an illegal immigrant and sent to a detention camp, the Gauhati High Court on Friday granted him bail and issued notice to the central and the Assam governments.

Also, the court issued notices to the Election Commission, NRC authorities and an investigation officer of the Assam Border Police, media reports said.

After his detention went viral, the Indian army’s Directorate of Sainik Welfare extended legal help to the retired soldier. In a statement, the Directorate had said that it was in “continuous touch with his family members for any assistance and legal support.”

Reacting to media reports, the Supreme Court too came down heavily on the National Register of Citizens (NRC coordinator) and had asked him to be fair.

The arrest came after the Foreigners’ Tribunal declared him an illegal immigrant as part of the NRC exercise. A case was  registered against him in 2008 after he was registered as a doubtful voter.

“Sanaullah, a resident of Boko in Assam, had mistakenly told the Tribunal in one of the hearings that he joined the army in 1978, contradicting his own statements that he joined in 1987,” his cousin Mohammed Ajmal Hoque was quoted as saying by a report in The Hindu. On that basis, Sanaullah was declared an illegal immigrant, he reportedly said.

On Thursday (June 6), Congress MP Gaurav Gogoi had written a letter to home minister Amit Shah seeking “justice” for Sanaullah. He had expressed concern over the detention of the retired soldier and said his service in the armed forces were a proof of his patriotism and citizenship.

Sanaullah had served in the Indian army for around 30 years and thereafter joined the Assam Border Police. He was arrested on May 28 after being summoned by the Assam Police Border Organisation.

Several other retired army and paramilitary officers have been served notices asking for proof of citizenship.

Armed forces to draft in 400 retired doctors in COVID fight

A month on, mixed signals from Indian govt keep Myanmar ‘refugees’ i...