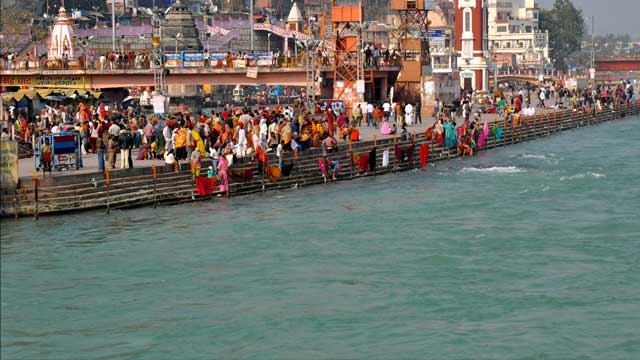 The Uttarakhand government has said that the Kumbh Mela planned to be held from January 14 till April-end will not be cancelled and that it will be organised by following all COVID guidelines. The government said it has already started making arrangements for the event

“The Kumbh Mela in Haridwar takes place once every 12 years. In 2021, it will be taking place after 11 years, a phenomenon that is happening after 80 years. Of course, with the COVID-19 pandemic, the management of the Kumbh Mela is tricky, and we are planning  to follow the guidelines issued by the government,” Kumbh Mela Adhikari Deepak Rawat said.

According to Rawat, crowd management is being planned in accordance with social distancing norms, and will be enforced through surveillance by a network of CCTV cameras. A 1,000-bed prefabricated hospital is being set up for COVID-19 treatment and a separate 50-bed hospital for other ailments and emergencies. The Uttarakhand government will acquire adequate number of masks for those visiting the Mela, Rawat said.

Another big challenge during the Mela will be controlling the pollution of river Ganga. The two sewage treatment plants (STPs) that have been existence for some time and the five new STPs set up since the National Mission for Clean Ganga (NMCG) project under the Union Ministry of Jal Shakti was started in 2014 will help control the pollution of the river.

The two old STPs have a combined capacity to treat 45 million litres/day (MLD) of sewage. Till 2014, about 60 per cent of the 110 MLD of sewage generated in Haridwar was dumped untreated in the river. But ever since the Ganga project started in 2014, five new STPs have been built in the town,The Indian Express reported. A large STP of 68 MLD capacity was inaugurated by the Prime Minister at Jagjitpur last month. The two older STPs have been repaired as well — and the total sewage treatment capacity is now up to 145 MLD.

“This will take care of the waste generated by the floating population of tourists and pilgrims. We have also linked the 20 nallas in Haridwar to the STPs. This capacity is likely to take care of the sewage treatment demand for the next 15 years, and we are in a very good position to handle the waste generated during the Kumbh Mela,” NMCG Director General Rajiv Ranjan Mishra said.

“We have also given ₹85 crore to the state government for infrastructure development such as construction of toilets, acquisition of around 6,000 dustbins, employment of additional sanitary workers, and recruitment of volunteers for the Mela,” Mishra said.

Also read: This is how Diwali is being celebrated across India

Indian Oil Corporation has funded the upgradation of ‘Har Ki Pauri’ . Also a new 1-kilometre-long ghat, called Chandighat, has been built near Haridwar. “Chandighat will take the pressure off the Haridwar ghats during Kumbh,” Mishra said.

The central and state governments have begun beautifying Haridwar ahead of the Kumbh Mela. Chandighat has a 100-metre painting of a turtle, indigenous to the Ganga, by the renowned Mexican street artist Senkoe.

Mojarto, an art platform, has brought in artists both from India and abroad, including street art practitioners from Malaysia, Japan, Australia, Switzerland, France, and Nepal, for the festival.