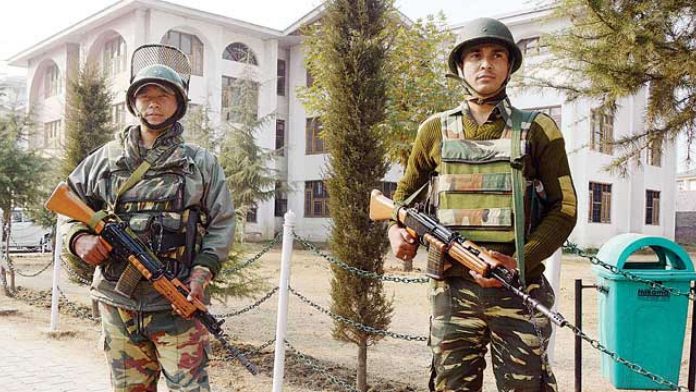 Some of the surplus lands are old British-time camping ground, unused airfields or even lands which are now within civic areas and serve little military purpose. PTI File Photo

The Centre is set to roll out the first major defence land reforms since the British set up the first cantonment in Bengal’s Barrackpore in 1765, media reports said. The new rules would allow equal value infrastructure (EVI) development for the Armed Forces in return for the land procured from them for public projects or other non-military activities.

The new reforms seek to modify the British-era policy that prohibited land transactions for any purpose other than military. In 1801, the East India Company’s Governor General-in-Council had ordered: “No bungalows and quarters at any of the cantonments shall be allowed to be sold or occupied by any person who does not belong to the Army.”

The government is also working towards finalising the Cantonment Bill, 2020, which aims to provide for development in cantonment zones.

In simple terms it would mean defence land needed for major public projects such as construction of metro rail, roads, railways and flyovers can only be exchanged for land of equivalent value, or after payment of market prices.

Thousands of acres of unused land are available with the Ministry of Defence (MoD). The objective, media reports said, is to commercially exploit, or monetise, these surplus lands.

The Tribune reported that a letter dated May 6 was sent to all the three Armed Forces, the DRDO (Defence Research and Development Organisation), the Coast Guard and the Ordnance Factory Board, among others. It sought to identify which land parcels they owned would be required by them over the two decades, and what new projects were coming up.

The remaining surplus may be compiled and reconciled with the Director General, Defence Estates (DGDE) within three months, The Tribune quoted the MoD letter as saying.

Media reports said eight EVI projects have been identified, which the acquiring party can provide infrastructure for in coordination with the Service concerned.

How it will work

Under the new regulations, the value of the land will be determined by a committee headed by the local military authority – in cases under cantonment zones. For land outside cantonments, the district magistrate will decide the rate.

The Finance Ministry has pegged monetising defence land as the only way to generate revenue for the proposed non-lapsable modernisation fund.

Some of these expected surplus lands are old British time camping grounds, unused airfields set up during War World II (1939-1945), or even lands which are now within civic areas and serve little military purpose. Another chunk of surplus lands could be with Ordnance factories – there are 41 such factories of varying vintage.

Money Control quoted officials as saying a draft Cabinet note on setting up the defence modernisation fund is currently undergoing inter-ministerial consultation, and a final decision is expected soon. It will then be placed before the Union Cabinet for approval.

However, Chief of Defence Staff Gen Bipin Rawat, who heads the Department of Military Affairs (DMA), had told the government last year that proceeds from defence land monetisation would be hardly adequate to meet the Armed Forces’ requirements.

Not a new concept

In 2017, the Sumit Bose Committee was constituted for studying the optimum use of defence land and to regulate its commercial exploitation. Bose, a former Revenue Secretary, had submitted a report with 131 recommendations in December 2017.

The Controller General of Defence Accounts (CGDA) and the DGDE have also been entrusted to carry out a realistic assessment of surplus defence land available for monetisation, media reports said.

The concept of a non-lapsable defence modernisation fund is not new. In the interim budget of 2003-04, then Union Finance Minister Jaswant Singh had announced such a fund of ₹25,000 crore, which would be made available to the MoD. However, in the subsequent years, the Finance Ministry repeatedly objected to setting up the fund.

The fund has now been recommended again by the 15th Finance Commission, which made its report public on February 1 this year. The same month, Finance Minister Nirmala Sitharaman said her ministry had agreed in principle to the fund. “The modalities and the structure will be worked upon,” she told the Lok Sabha.

The total indicative size of the proposed fund over the period 2021-26 is ₹238,354 crore. The NK Singh-headed 15th Finance Commission had presented its final report to President Ram Nath Kovind on November 9 last year.