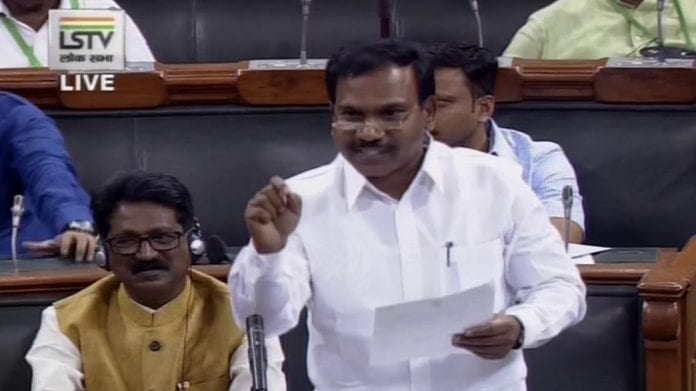 A visibly upset Prasad, who is helming the telecom ministry, said there should be a debate on the issues and sought to counter DMK members, as he wanted to know “how much telecom (sector) has suffered because of them”.

The ministers remarks were directed at DMK leaders — A Raja and Dayanidhi Maran — who had also served as telecom ministers during the UPA regime.

While mentioning about “so-called” Rs 1.76 lakh crore loss in 2G spectrum auction earlier, Raja wanted to know who gave the concession to the government to seek staggered payment of statutory dues. “Arguments (in the case) are still going on in Supreme Court,” Prasad said, adding he did not want to comment on the issue.

Talking about the telecom sector, the minister said there are around 90 crore customers and the government has to look at balancing three factors — survival of the sector, compliance with the court order and the interest of consumers. The government wants a “fair and transparent” sector and is committed to it, Prasad asserted.

In October last year, Supreme Court ruled that telecom companies have to pay statutory dues worth around Rs 1.47 lakh crore to the government. Responding to Raja’s comments on 2G case, the minister said there should be a debate on the subject. His ministerial colleague Piyush Goyal also supported him, amid protests by DMK members. “What is happening?,” Parliamentary Affairs Minister Pralhad Joshi remarked amid the din.

In a lighter vein, Speaker Om Birla that both of you are experts on 2G, an apparent reference to Raja and Maran. Raja, who was an accused in the 2G case, also said the government came to power talking about the Rs 1.76 lakh crore loss, which is a “magic number”.