Facebook’s policy chief in India, Ankhi Das, and two users of the social media platform have been booked in Raipur for allegedly hurting religious sentiments, said the police on Tuesday (August 18). The case was lodged late Monday night based on a complaint by Raipur-based television journalist Awesh Tiwari, said Senior Superintendent of Police Ajay Yadav.

Das, is Facebook’s Director, Public Policy, India, South and Central Asia. She is at the center of a row that erupted after a Wall Street Journal report last week said Facebook refused to apply hate speech rules to certain BJP politicians, while the social media giant has asserted that its policies are enforced globally without regard to political affiliation.

The other two accused were identified as Ram Sahu from Mungeli (Chhattisgarh) and Vivek Sinha from Indore (Madhya Pradesh). SSP Yadav said an investigation is underway in this matter and further action will be taken accordingly.

They have been booked under IPC Sections 295(a) (deliberate and malicious acts intended to outrage religious feelings), 505(1)(c) (with intent to incite, or which is likely to incite, any class or community of persons to commit offence against any other class or community), 506 (criminal intimidation), 500 (defamation) and 34 (common intention), he said.

Tiwari lodged the case after he was named in a complaint by Das to Delhi Police, alleging that she had been receiving threats to her life through online posts. According to the FIR, Tiwari in his complaint said that on August 16, he put up a post on his Facebook account related to an article published in the Wall Street Journal. 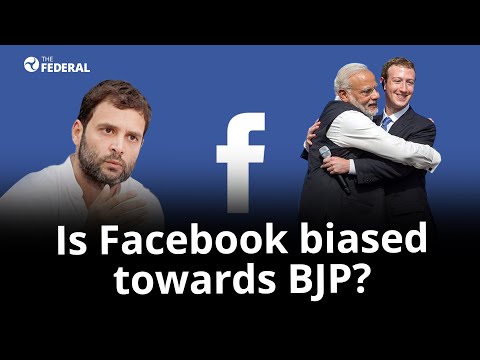 Tiwari in his police complaint said, “Two Facebook users, with names Sahu and Sinha, jumped in to defend Das and commented on his (Tiwari’s) post that she (Das) is a Hindu and she is talking in the interest of the faith. Sahu allegedly posted derogatory and communally sensitive photographs and also threatened him.”

Tiwari also said he had been receiving threat messages and calls on WhatsApp after his post. He alleged that Das, Sahu and Sinha were trying to defame him by spreading religious hatred due to which his life is under threat and he is living in constant fear. He has submitted to police screenshots of the threat messages received on his mobile phone.