A case has been registered against former Executive Director of human rights advocacy group Amnesty International Aakar Patel for posting an “offensive” content on social media, which allegedly sought to instigate a section of people against the government.

The case was registered on Tuesday (June 2) following a complaint by the police inspector of JC Nagar police station alleging that the twitter post by Patel was “offensive.”

Referring to the protests in cities across the US following the death of an African American man in police custody, Patel in a tweet on May 31 said, “We need protests like these from Dalits, Muslims, Adivasis, poor and women. World will notice. Protest is a craft.”

The case has been registered for making comments conducing to public mischief and giving provocation with intent to cause riot. 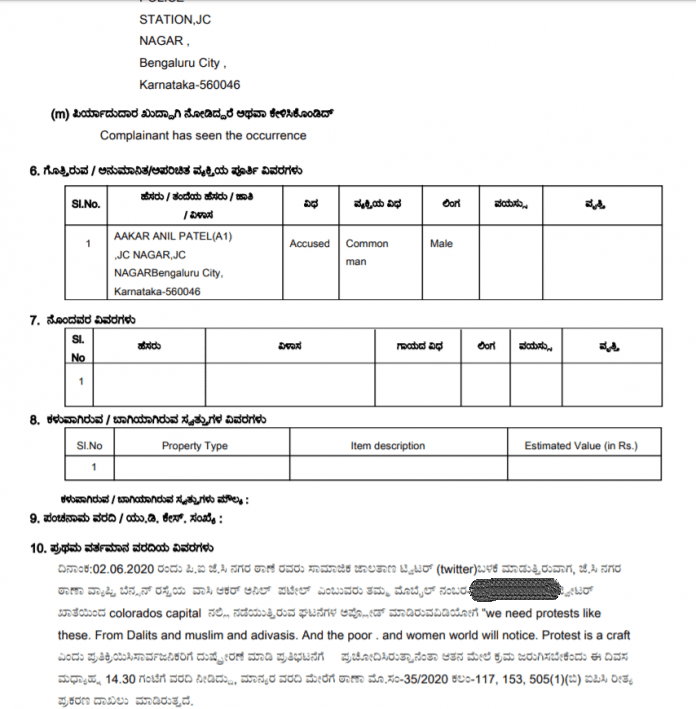 Reacting to the police action against Patel, Director of Amnesty International India, Avinash Kumar said, “The FIR filed by the Bengaluru police against Aakar Patel is just another example of how the right to dissent is being increasingly criminalised in the country.”

“The Bengaluru police must stop abusing its authority and put an end to the intimidation and harassment of Aakar Patel for exercising his constitutionally guaranteed right to freedom of expression. People of this country have the right to agree or disagree with those in power and to express these opinions in peaceful protests without fear or unlawful interference. Peacefully protesting against the government is not a crime. Not agreeing with the policies of those in power does not make you a traitor either,” he said in a statement.