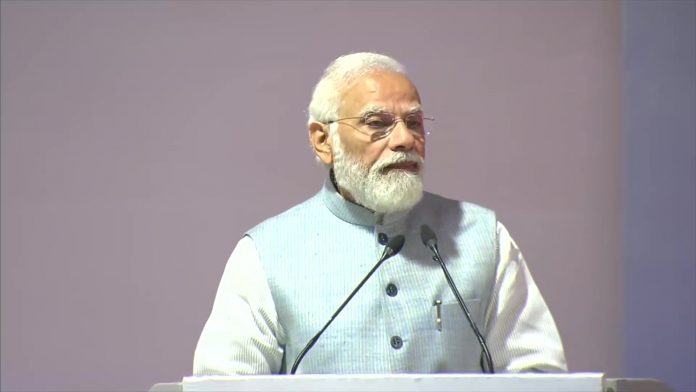 Stressing on the power and importance of data as a primary source of information in the 21st century, Prime Minister Narendra Modi on Tuesday said that if stories spoke about the past, data will “dictate history in future”

“In the olden times, information was transmitted through stories, history was written through stories. But in the 21st century, data is information. In the coming times, our history will also be seen and understood through data. In future, data will be dictating the history,” Modi said speaking on the occasion of Audit Diwas, organised by the Comptroller and Auditor General of India (CAG) in Delhi.

Striking a laudatory tone for the CAG, the prime minister noted that while institutions lose relevance over decades, the CAG has grown to be a part of the country’s heritage. He said the CAG also has the advantage of seeing things from an outsider’s perspective and the government follows its advice.

“We make systematic improvements with the help of whatever you tell us, we see it as cooperation,” ANI quoted Modi as saying.

Modi said a lack of transparency in the banking sector under earlier regimes has now led to a rise in non-performing assets and that his government has been presented a true picture of the situation before the public.

“Due to the lack of transparency in the country’s banking sector earlier, various practices used to take place. As a result, banks’ NPAs kept increasing. You know very well the work done to brush the NPAs under the carpet earlier,” he said.

“But we presented the reality of the previous governments, the actual situation, honestly before the nation. We will be able to find out a solution only if we identify the problems,” he said.

The prime minister also said that over the years the common belief among officials that the CAG works against the government, has also been dispelled.

“There was a time when audit was seen with and fear. CAG vs government became common mindset of our system. Sometimes officials used to think that CAG sees faults in everything. But today, the mindset has been changed. Today audit is considered an important part of value addition,” ANI quoted him as saying.

He also claimed that the government’s decision to “monetise” unused or underused assets was a “brave decision” which is being welcomed across the world.

CAG CG Murmu who spoke before the prime minister, said that November 16 was chosen as the Audit Diwas as it was on this day that the first auditor general took charge of the department following the merging of the audit departments of Bengal, Madras and Bombay presidencies under the Government of India Act 1858.