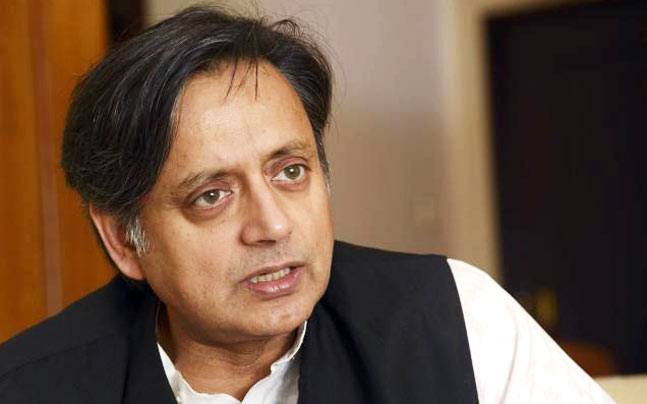 Amid the political crisis in Rajasthan, Congress leader and Lok Sabha member Shashi Tharoor on Sunday (August 09) said the party must expedite the process of finding a full-term president to arrest the growing public perception that the party is “adrift and rudderless”.

Tharoor said he certainly thought Rahul Gandhi had the “mettle, capability and aptitude to once again lead the party”, but if he did not wish to do so then the party must “take action” to elect a new chief. His comments come just ahead of Sonia Gandhi completing one year as interim chief on August 10, with the party yet to find her successor.

“I certainly believe we should be clear about our leadership going forward. I welcomed Sonia ji’s appointment as interim president last year, but I do believe it’s unfair to expect her to carry this burden indefinitely,” Tharoor said.

“We also need to arrest the growing public perception, fuelled by a dismissive media, that the Congress is adrift and rudderless, incapable of taking up the challenge of a credible national Opposition,” the former Union minister said.

That is precisely what the Congress needs to urgently address by expediting the process of finding a full-term president, through a participatory and democratic process that will offer the winning candidate a legitimate mandate and the credibility that will be indispensable in ushering in much needed organisational and structural revival of the party, he said.

Asked about growing voices in the Congress that Rahul must come back as party chief and if it was the best possible scenario that he returns, Tharoor said, “Of course, if Rahul Gandhi is ready to resume the leadership, all he has to do is to withdraw his resignation. He was elected to serve till December 2022 and can just pick up the reins again.”

“But if he does not, we have to take action. My own personal view, which as you know I have been advocating for some time now, is that elections to the CWC (Congress Working Committee) and for the post of president would certainly have a number of beneficial outcomes for the party,” Tharoor said.

A participatory democratic process would significantly add to the incoming leader’s credibility and legitimacy which, in turn, would be vital assets as they set about the significant organisational challenges associated with re-energising the rank and file of the party, the Lok Sabha MP from Thiruvananthapuram said.

Tharoor asserted that his larger argument was not about any individual but about advocating a process or a system through which the Congress can address existing leadership issues and then embark immediately on the process of revitalising and energising the party nationally.

“Through his activities during this lockdown, whether it has been on the issue of the COVID-19 virus or Chinese transgressions, Rahul Gandhi has without a question and almost single-handedly done a remarkable job in holding the present government accountable for its actions and failures,” he said.

Rahul Gandhi has also displayed tremendous foresight and vision, been a constructive voice that has offered critical inputs and has shown an impressive capability to really understand the aspirations of the people of this country during these challenging times, Tharoor said.

“I hope he will continue doing that, whether as president or in any other capacity of his choosing,” he said. A reluctant Sonia Gandhi had taken over as interim chief on August 10 last year after Rahul Gandhi resigned taking responsibility for the party’s debacle in the Lok Sabha election.

Asked about the Congress coming under attack from various quarters over what was seen by many as a subtle shift in its position on the Ram temple issue and allegations that it was being “BJP-lite”, Tharoor said he does not believe that the party has compromised on its secularism.

The Congress has traditionally furthered a brand of secularism that recognises India’s pluralism. In other words, it acknowledges a profusion of religions and beliefs, where all are equally respected and can peacefully co-exist, Tharoor said.

He said that those who look at the Congress as ‘BJP-lite’ or ‘Hindutva-lite’ do not take Congress’ own assurances at face value – “that it remains a party for all, the safest refuge for the minorities, the weak and the marginalised, and fundamentally committed to secularism”.

“But the truth is that Congress is the only major party to say all of this and mean it. The BJP does not even bother to pretend that it has the interests of any of these sections at heart,” he claimed.

“Our critics see the Congress party’s distinction between Hinduism and Hindutva as specious. They reject its leaders’ arguments that the Hinduism respected by Congress leaders is inclusive and non-judgemental, whereas Hindutva is a political doctrine based on exclusion,” Tharoor said.

The critics are quick to conclude that what the Congress offers is merely a watered-down version of the BJP’s political messaging, he said.

Asserting that nothing could be farther from the truth, Tharoor said Rahul Gandhi has himself made it explicitly clear that, for all his willingness to avow his personal Hinduism, he does not support any form of Hindutva, “neither soft nor hard”.

Suspension of 8 MPs: Rahul calls it ‘muting of democratic Indi...