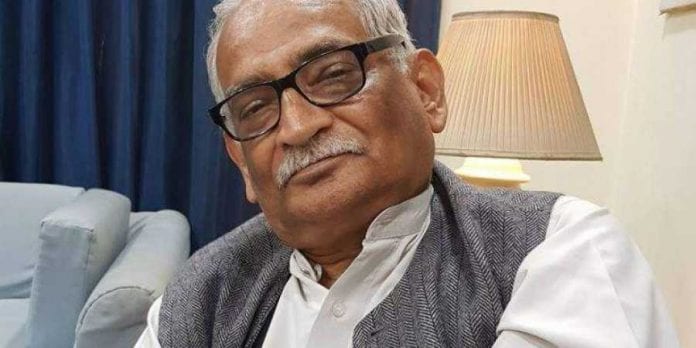 The Akhil Bharat Hindu Mahasabha has lodged a complaint with the Bar Council of India on Thursday against Rajeev Dhavan, counsel for Sunni Waqf Board and other Muslim parties in the Ayodhya case, for tearing up the map of Lord Ram’s birthplace at the Ram Janmabhoomi.

Rajeev Dhavan, representing Sunni Waqf Board and other Muslim parties, tore papers, maps handed over to him by counsel of All India Hindu Mahasabha

In a letter addressed to the Bar Council Chairman, the Hindu outfit has said Rajeev Dhavan’s act of tearing up a piece of paper in the courtroom has brought “disrepute to the Supreme Court Bar.”

The Mahasabha has demanded that the Bar Council takes cognizance of the matter and takes immediate action against the counsel who is representing the Muslim parties in the Ayodhya land dispute case that was heard for the final day on Wednesday.

As the 40th day of the Ayodhya hearing unfolded in Supreme Court on Thursday, high drama gripped the courtroom. The Hindu Mahasabha tried to present a fresh piece of evidence when Dhavan raised an objection.

Dhavan took strong objection to the pictorial map that the Mahasabha was trying to bring up to show the exact birthplace of Lord Ram.

He tore the map in the courtroom adding much drama to the already heated scene in the Supreme Court. CJI Gogoi then came to his rescue and said that he had indeed said that Dhavan could tear up the map.