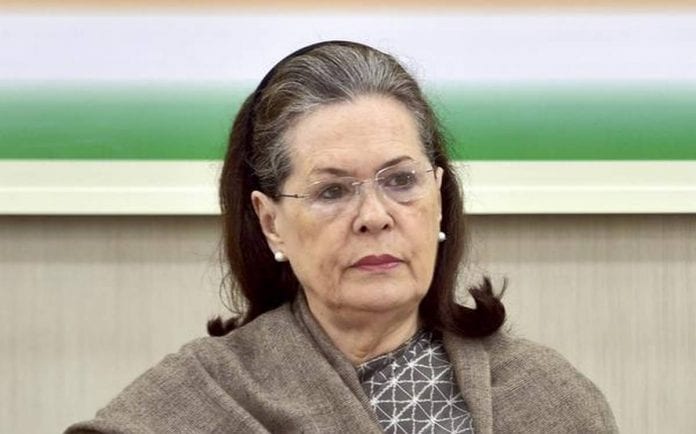 Congress president Sonia Gandhi on Tuesday (June 233) said the current crisis on the border with China is attributable to the mismanagement of the BJP-led government and the wrong policies pursued by it.

The crisis on the border, if not tackled firmly, can lead to a serious situation, former Prime Minister Manmohan Singh said at a meeting of the Congress Working Committee (CWC) on the situation along the Line of Actual Control (LAC) – the 3,500-km de-facto border with China.

Addressing the meeting, Gandhi also hit out at the government for “mercilessly” raising petrol and diesel prices for 17 consecutive days, even when global prices of crude oil were coming down.

“India has been hit by a terrible economic crisis, a pandemic of huge proportions and, now, by a full-blown crisis on the borders with China. Much of each crisis is attributable to the mismanagement of the BJP-led NDA Government and the wrong policies pursued by it,” she said. She also noted that the “mismanagement” of the COVID-19 pandemic will be recorded as one of “most disastrous failures” of the Narendra Modi government.

Endorsing Gandhi’s remarks, Singh said, “The pandemic is not being tackled with the courage and magnitude and effort needed to tackle the crisis. Another instance is the crisis on the border, which if not tackled firmly, can lead to a serious situation.” Noting that the country faces a full-blown crisis on the LAC, Gandhi said, “The future is yet to unfold but we hope that mature diplomacy and decisive leadership will inform the governments actions in protecting our territorial integrity.”

Indian and Chinese armies have been on a six-week standoff in several areas of eastern Ladakh. The ties between the two countries came under severe strain after Chinese military killed 20 Indian Army personnel and injured around 76 in a violent clash in Galwan Valley on June 15.

Bihar NDA partners in a pickle as parties urge EC to defer Assembly ...

BJP govt in Karnataka to bring back anti-cow slaughter law