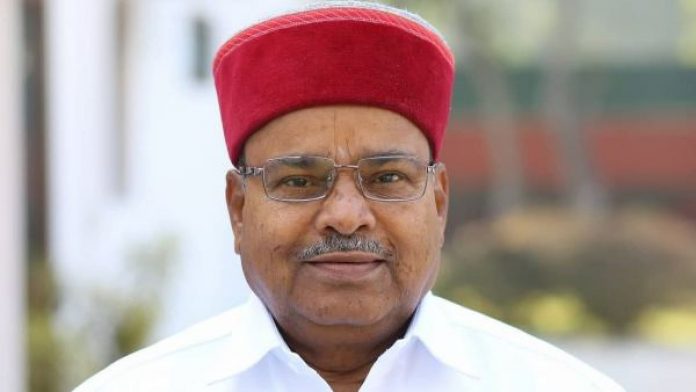 73-year-old Gehlot, who held the portfolio of Minister for Social Justice and Empowerment, will replace Vajubhai Vala

Karnataka, Madhya Pradesh, Mizoram, Himachal Pradesh, Goa, Tripura, Jharkhand and Haryana will have new Governors. The decision has triggered speculation about a possible Cabinet reshuffle at the Centre.

Union minister Thaawarchand Gehlot was on Tuesday appointed as Karnataka Governor. According to a Rashtrapati Bhawan communique, 73-year-old Gehlot, who held the portfolio of Minister for Social Justice and Empowerment, will replace Vajubhai Vala, who has been in Karnataka since 2014.

An RSS member who moved to BJP in 1989, 67-year-old Arlekar, a former speaker of the Goa assembly, will take over in Himachal Pradesh from Bandaru Dattatreya, who has been shifted to neighbouring state of Haryana.

Kambhampati, a BJP veteran from Andhra Pradesh, takes over in Mizoram replacing P S Sreedharan Pillai, who has since been shifted to Goa for the remaining part of his tenure.

Five-time MLA, 77-year-old Patel, who has studied up to class nine only, has been appointed as Governor of Madhya Pradesh, a post which was held additionally by Governor of Uttar Pradesh Anandiben Patel.

Among the reshuffles undertaken by the government, Satyadev Narayan Arya, Governor of Haryana is transferred and appointed as Governor of Tripura, the statement said.

Tripura Governor Ramesh Bais has been transferred and appointed as Governor of Jharkhand, succeeding Droupadi Murmu, according to the communique. These appointments will be in effect from the dates they assume charge of their respective offices, it said.