A mix of grief and incredulity engulfed the country today (June 14) with the news of Bollywood actor Sushant Singh Rajput’s suicide breaking in the morning.

The 34-year-old actor, a chirpy young man at the pinnacle of his Bollywood career, was found dead at his Bandra home in Mumbai.

Confirming the news, Manoj Sharma, additional commissioner of police, Western Region, Mumbai told PTI, “He has committed suicide at his residence in Bandra.”

No suicide note was found from Rajput’s residence, as per the police and further investigation is underway.

Known for making a mark in the Bollywood in a very short span Rajput managed to strike a chord with the audience and critics alike.

An engineering dropout, Rajput was inclined towards dancing when he was a student at Delhi Technological University.

He also performed as a background dancer in the song “Dhoom again” with Hrithik Roshan and Aishwarya Rai Bachchan in the 2006 film “Dhoom 2”.

Hailing from Bihar, Rajput started his acting career through small roles in Television until Ekta Kapoor gave him a breakthrough with serial Pavitra Rishta, after which he moved on to Bollywood.

Debuting with 2013 released Kai Po Chhe, he moved on to do spectacular roles in movies like Shuddh Desi Romance, MS Dhoni: The Untold Story, Raabta, Kedarnath, Detective Byomkesh Bakshi among others.

With MS Dhoni: The Untold Story, a biopic on former Indian cricket team captain Dhoni, Rajput became a household name and was catapulted into A-listers of Bollywood. 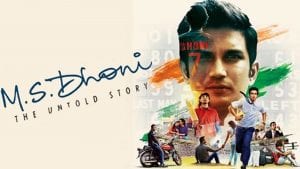 He also starred in critically acclaimed Sonchiriya – a dacoit movie set in the backdrop of Chambal, alongside Bhumi Pednekar, Manoj Bajpayee.

Rajput’s last notable venture and theatrical release Chhichhore, 2019, saw him portray the role of a sensitive, middle-aged father who resuscitates his son, after the young kid jumps off the window, shattered over flunking engineering entrance exams.

Following that he also featured in ‘Drive’ with Jacqueline Fernandez, a Netflix film.

In a career that spanned barely over a decade, Rajput also got nominated for many awards for his performances in movies and TV shows and won some of these. 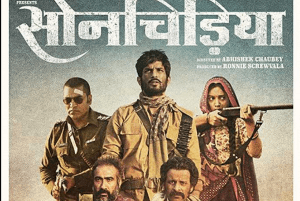 The movie, adaption of Hollywood’s ‘The Fault In Our Stars’ was slated to release on May 8, 2020.

After the news spread like wildfire, actors, politicians, sports personalities and fans condoled the death of the kind star who tried to engage with fans on social media platforms very often.

Expressing shock at his death, Prime Minister Narendra Modi said Rajput’s rise in the world of entertainment inspired many and he leaves behind several memorable performances.

Sushant Singh Rajput…a bright young actor gone too soon. He excelled on TV and in films. His rise in the world of entertainment inspired many and he leaves behind several memorable performances. Shocked by his passing away. My thoughts are with his family and fans. Om Shanti.

Vice President M. Venkaiah Naidu too condoled the death of Rajput and tweeted that he brought to life several memorable characters on the screen.

Honestly this news has left me shocked and speechless…I remember watching #SushantSinghRajput in Chhichhore and telling my friend Sajid, its producer how much I’d enjoyed the film and wish I’d been a part of it. Such a talented actor…may God give strength to his family 🙏🏻

At a loss for words.. So shocked to hear about #SushantSinghRajput’s demise. My condolences with his family.

“I had to call people to confirm. It’s so shocking and unfortunately true. I am at a loss for words. I spoke to him last week over messages. We would text each other on and off. Now, this is what I get to hear. He was like a younger brother to me,” Tiwari told PTI.

Reacting with shock, cricketer Virat Kohli said it is tough to accept that the actor is no more.

Shocked to hear about Sushant Singh Rajput. This is so difficult to process. May his soul RIP and may god give all the strength to his family and friends 🙏

Star opener Rohit Sharma also struggled to come to terms with the news. “This is distressing, can’t come to terms that this has happened. Really disturbing. Brilliant actor RIP brother,” he tweeted.

This is distressing, can’t come to terms that this has happened. Really disturbing. Brilliant actor RIP brother. pic.twitter.com/eGImqT7SNN

Talk of mental health on fore once again

Rajput’s death has once again put the spotlight on the importance of mental health care with celebrities including Anil Kapoor, Karan Johar, Anushka Sharma, Richa Chadha, emphasising upon supporting those facing troubled times.

Social media users too urged people to be more sensitive, empathetic and available to their close ones who might be silently suffering.

In an Instagram post, Johar said he “blames” himself for not being in touch with Rajput for the past one year.

“I have felt at times like you may have needed people to share your life with but somehow I never followed up on that feeling… Will never make that mistake again. We live in very energetic and noisy but still very isolated times some of us succumb to these silences and go within. We need to not just make relationships but also constantly nurture them,” the filmmaker wrote alongside a picture of him with Sushant.

I blame myself for not being in touch with you for the past year….. I have felt at times like you may have needed people to share your life with…but somehow I never followed up on that feeling…will never make that mistake again…we live in very energetic and noisy but still very isolated times …some of us succumb to these silences and go within…we need to not just make relationships but also constantly nurture them….Sushants unfortunate demise has been a huge wake up call to me …to my level of compassion and to my ability to foster and protect my equations…..I hope this resonates with all of you as well….will miss your infectious smile and your bear hug ….💔💔💔

He said that the actor’s death is a huge wake-up call for him.

Anushka Sharma, who worked with Rajput in PK, said it’s devastating that the actor couldn’t get the help he needed.

“Sushant, you were too young and brilliant to have gone so soon. Im so sad and upset knowing that we lived in an environment that could not help you through any troubles you may have had. May your soul rest in peace,” the actor-producer said.

Sushant, you were too young and brilliant to have gone so soon. I’m so sad and upset knowing that we lived in an environment that could not help you through any troubles you may have had. May your soul rest in peace. pic.twitter.com/RzLrdJ4keX

In a subsequent tweet, Sharma said its important to be sensitive towards Rajput’s family and friends.

At this time of immense tragedy, I would request the media to be sensitive towards Sushant’s family and friends. I urge everyone to respect their emotions and let them grieve.

“I urge everyone to respect their emotions and let them grieve,” she wrote.

Notably, Rajput’s manager Disha Salian too committed suicide by jumping off her 14th-floor apartment in Mumbai’s Malad on June 9.

Reacting to the news, Rajput had on Instagram said, “It’s such devastating news. My deepest condolences to Disha’s family and friends. May your soul rest in peace.”

The actor in his last Instagram post had shared an image of his mother, who passed away while he was in school and left him emotionally shattered for the rest of his life, alongside a black and white image of himself.

“Blurred past evaporating from teardrops. Unending dreams carving an arc of smile. And a fleeting life, negotiating between the two.Maa,” the actor said by way of a caption that appears, in retrospect, a foreboding.

Blurred past evaporating from teardrops Unending dreams carving an arc of smile And a fleeting life, negotiating between the two… #माँ ❤️

Why Sushant Singh Rajput’s death is such a shocker to the country can only be explained by the fact that the actor rose above from his on-screen persona, was always grounded, and inspired many to reach the heights he had by sheer hard work and sincerity.

He often spoke on public issues and donated for the cause he found closer to. He made generous contributions to Kerala when it was hit by floods in 2018 and also contributed to Nagaland while it was facing a disaster the same year.

The void left by the actor who was also a self-proclaimed avid stargazer gone too soon will be hard to fill, however, his life, work will keep inspiring people and hopefully, open doors for a society more accepting and open to discussions on mental health topics.

“He who has a why to live can bear almost any how.”
—— #HappybirthdayNietzsche 🍻❤️ pic.twitter.com/5TZO14lpvS

Woman – banker and mother of two – dies by suicide in Kerala

Maharashtra to run out of vaccines in 3 days: Minister; Mumbai situa...