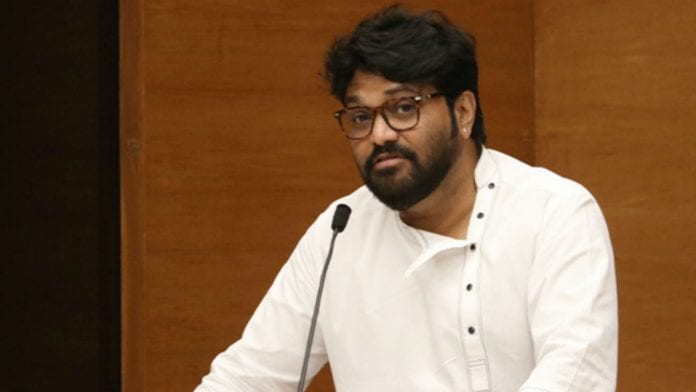 Supriyo, a playback singer and TV personality before his entry into politics in 2014, said on Saturday he had had major differences of opinion with BJP leaders in the run-up to the assembly election earlier this year.

Infighting between senior leaders was causing harm to the party, the two-time MP from Asansol said.

“Goodbye. I have listened to everyone — my parents, wife, daughter and my good friends. And after listening to them I can tell you that I am not joining any other party… not TMC, Congress or CPM. I am a team player. I have always supported one team — Mohun Bagan. And have done only BJP. That’s it. Goodbye,” Supriyo wrote on Faceook.

“I have been in this space for a while. Have satisfied some people and also not been able to make a few others happy. There have been times when I was left dejected and disappointed. But I am leaving with you all the responsibility to evaluate all of that. After answering all the questions that I have had on my mind, I am saying in my own way — goodbye!”

Last month, Supriyo had resigned from the council of ministers ahead of the Union cabinet reshuffle.

Also read: You are dropped. Find out who broke the bad news to ministers — and how

Announcing his decision in a Facebook post, he had written: “I am extremely happy that I go today without a spot of corruption on me, having served my constituency with all my might and having enjoyed their coincidence when Asansol voted me back as their MP once again, with triple the margin in 2019 again.”

An admirer of former prime minister Atal Bihari Vajpayee, Supriyo was inducted into the BJP in March 2014. In the 2014 general election, he was nominated by the party as the candidate for Asansol and won by defeating Dola Sen.

In 2019 he retained the constituency by beating Moon Moon Sen.