Students and civil society groups in Bengaluru on Monday (January 6) gathered in support of the students and professors from Jawaharlal Nehru University (JNU) who were attacked on Sunday (January 5) night in New Delhi.

The protesters held a silent march in the city’s Town Hall amid high police security. 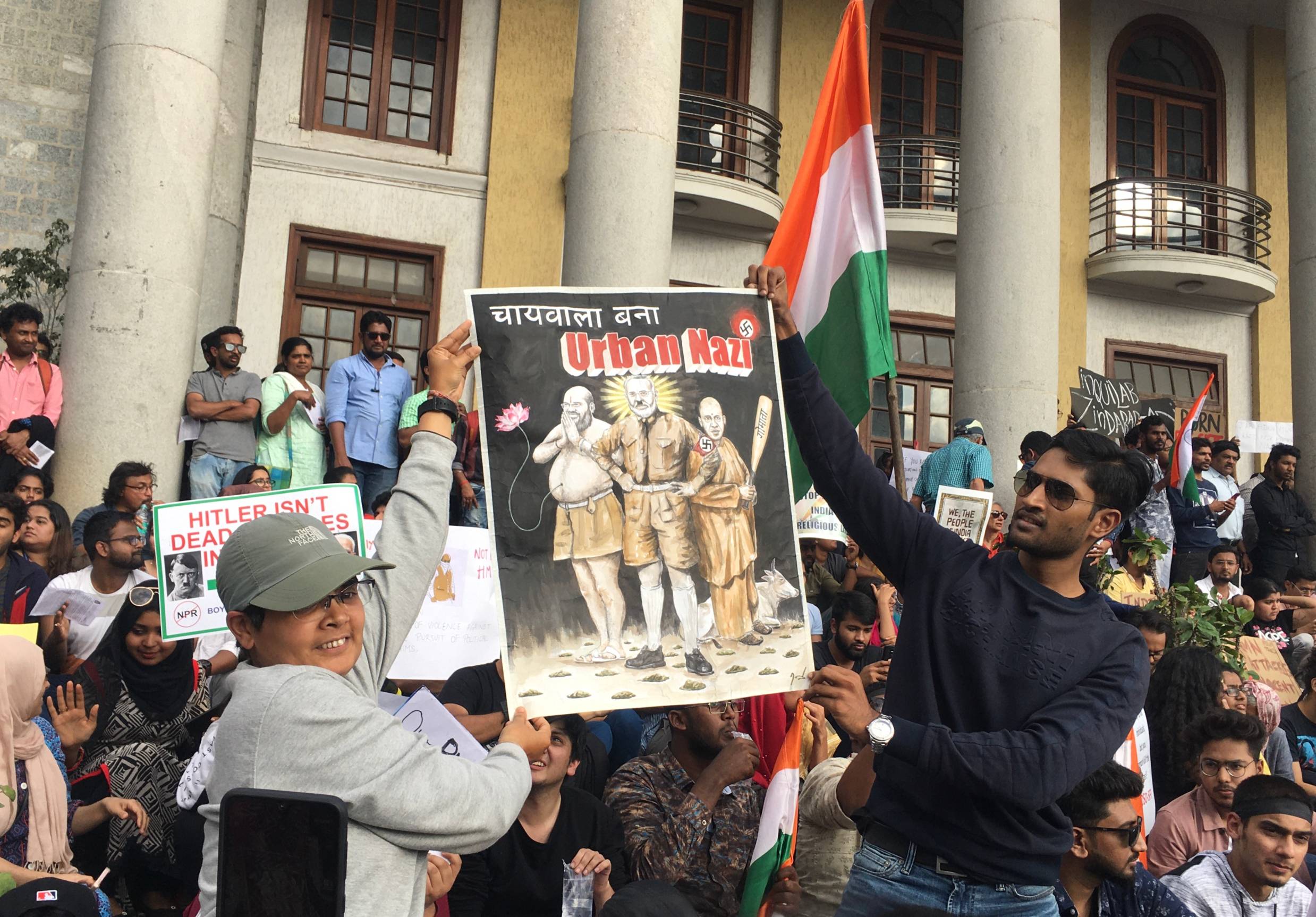 The protesters waved the tricolour flag and held placards criticising the ruling BJP government. Many in the crowd accused the BJP government of orchestrating violence in JNU even as photos and videos showing ABVP students moving around the JNU campus with lathis and iron rods emerged.

Also read: Before JNU attacks, the hate-mongering that panned out on WhatsApp

The protests in Bengaluru, however, remained peaceful.

Union minister claims he has ‘cure’ for JNU, Jamia stude...