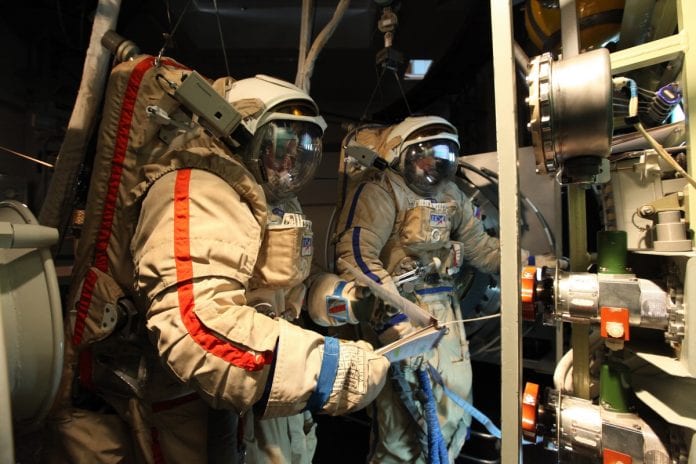 According to Russian launch service provider Glavkosmos, the planned twelve month training programme of Indian candidates for a spaceflight started on Monday at the Gagarin Research and Test Cosmonaut Training Center (GCTC) in Moscow.

For India’s first manned mission to space- Gaganyaan, which is planned around 2022, trained pilots will be selected from among them.

In a statement, Glavkosmos said, “This Monday Gagarin Research & Test Cosmonaut Training Center (GCTC) has started the planned training program of Indian candidates for a spaceflight under the contract between Glavkosmos, JSC (part of the State Space Corporation Roscosmos) and the Human Spaceflight Centre of the (ISRO).”

Most part of the training will take place at the GCTC facilities. Glavkosmos said the 12-month training programme includes comprehensive and biomedical training of the Indian candidates, which will be combined with regular physical practices.

In addition, they will study in detail the systems of the Soyuz manned spaceship. They will be trained in short-term weightlessness mode aboard the special Il-76MDK aircraft, it said, adding that the Indian pilots will also be trained to act correctly in case of abnormal landing of the manned spaceship descent module in various climate and geographic zones.

Minister of State for Atomic Energy and Space Jitendra Singh had last month said that after training in Russia, the astronauts will receive module-specific training in India. In that, they will be trained in crew and service module designed by ISRO, learn to operate it, work around it and do simulations.

The contract for training the Indian candidates for a spaceflight between Glavkosmos and the Human Spaceflight Centre of ISRO was signed on June 27, 2019. The document implies the support of Glavkosmos in selection of candidates, their medical examination and various aspects of space training, the statement read. Glavkosmos, JSC is a subsidiary of the State Space Corporation Roscosmos.

All eyes on Venus: What upcoming missions are planning