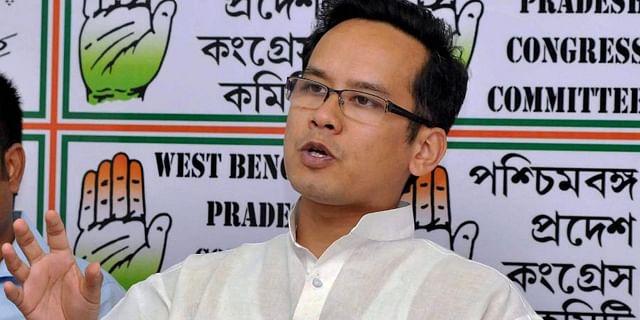 Congress leader and Lok Sabha MP Gaurav Gogoi has said the time has come for the party to 'consolidate, rebuild and expand'. PTI File Photo

The Congress in Assam has decided to sever its alliance with the All-India United Democratic Front (AIUDF), citing its “continuous and mysterious praise” for the BJP.

The Congress led the Mahajot alliance, which included the Badruddin Ajmal-led AIUDF ahead of the Assembly elections in the state early this year.

The decision to snap the ties came from the Assam Pradesh Congress Committee (APCC) which passed a resolution after its four-hour-long core committee meeting in Guwahati on August 30. The resolution said it was “unanimously decided that AIUDF can no longer remain an alliance partner of Mahajot” as its “behaviour and attitude in relation to BJP” had “baffled” the members of the Congress.

“The AIUDF leadership’s and senior members’ continuous and mysterious praise of the BJP and the Chief Minister has affected the public perception of the Congress,” the statement said, adding the All India Congress Committee would be informed about the decision.

The state Congress said the central leadership would decide on the Bodoland People’s Front (BPF), another Mahajot partner which has in the last few months expressed its reluctance to remain with the alliance.

The Mahajot is a grand alliance of six parties consisting of MP and perfume baron Badruddin Ajmal’s AIUDF, CPI, CPI (M), CPI (ML) and Anchalik Gana Morcha led by the Congress. The alliance was announced ahead of the Assembly polls in March in a bid to “save Assam” from the BJP. Later, Bodo leader Hagrama Mohilary’s BPF had also joined the Mahajot.

AIUDF’s Aminul Islam called the Congress decision as “immature” and a step that would “ultimately benefit the BJP”. “The only way we can edge out the BJP in Assam is by the smaller parties allying,” he said.

The AIUDF has a large support base among the Bengali-origin Muslims. The BJP had targeted the Congress, arguing that the alliance would promote “illegal migration”, a controversial issue in the state. The BJP-led NDA won 75 seats and the Mahajot won 50 (Congress secured 29 seats, AIUDF 16, BPF four and the CPI(M) one).

Speaking to The Indian Express, on August 30, Congress leader and Lok Sabha MP Gaurav Gogoi said he had made the statement “thinking of the future of the party.” “Now the time has come for the party to consolidate, rebuild and expand.” Prior to the official APCC statement, Gogoi Wednesday had told reporters that it was time for the Congress “to be independent of the Mahajot”.

Congress sources said grassroots party workers were unhappy with the AIUDF alliance. Earlier this month, Sushmita Dev, one of the Congress’ most prominent Assam faces, left the party to join the Trinamool Congress.

By-elections to at least five constituencies (Tamulpur, Gossaigaon in Bodoland, and Mariani, Majuli, Thowra in Upper Assam) are scheduled in the next couple of months. AIUDF’s Islam said that they did not need the “Congress support” to run their party. “We will contest at least two-three seats in the upcoming by polls.”

On the Congress’s allegation that the AIUDF has been “praising the BJP”, Islam said that “only one AIUDF politician had complimented the CM”.