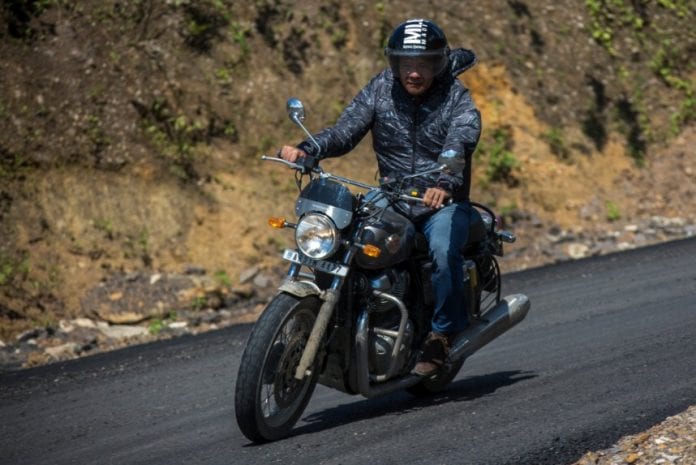 If you thought politicians can’t be cool enough, think again. Arunachal Pradesh Chief Minister Pema Khandu for one could double up as a model and singlehandedly promote the tourism hotspots in the state without spending a penny. All he needs to do is pull on his riding boots.

In one such escapade, the chief minister on Sunday (October 13) rode a Royal Enfield Interceptor 650 on a 122 km stretch – from Yingkiong, headquarters of Upper Siang district to Pasighat, the headquartes of East Siang district –  to promote his state as a tourist hotspot for biking and adventure sports.

Twitter went gaga when Khandu, looking dapper in a down jacket and denim jeans, posted pictures and a video of his ride across the picturesque roads of the Siang Valley, on Twitter.

Khandu, who frequently promotes the state’s tourism on his Twitter page, told tourists that it was the best time to visit the quaint valley which offers best road conditions and picturesque views.

“Video of motorcycle road trip from Yinkiong to Pasighat. An attempt towards promoting Arunachal as dream destination for biking and adventure sports,” he tweeted.

Video of #motorcycle #RoadTrip from Yinkiong to Pasighat

The chief minister in the past has been seen chucking the official cavalcade and riding his other Royal Enfield bikes. Last year, he was seen cycling with Bollywood actor Salman Khan.

A tourism spot, well known for its adventure sports, Pasighat is located on the banks of Siang river, the tributary of river Brahmaputra.

New dam, railway line near border: Why China’s 5-year plan should wo...