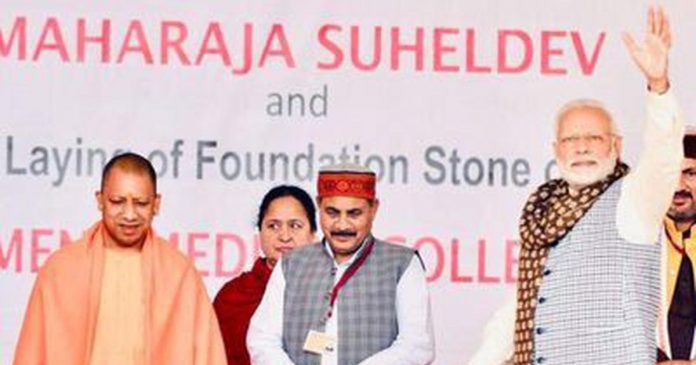 A second minister, Dara Singh Chauhan, on Wednesday quit Yogi Adityanath’s cabinet in Uttar Pradesh, ahead of crucial state polls that are a must-win for the BJP.

Yesterday, Swami Prasad Maurya’s shock resignation delivered a blow to the saffron party, and it was followed by four MLAs close to him – Roshan Lal Verma, Brijesh Prajapati, Bhagwati Sagar and Vinay Shakya – announcing their resignations in the hours that followed.

Both Maurya and Chauhan are OBC (Other Backward Class) leaders. “I worked with dedication but I am resigning as I am hurt by this government’s oppressive attitude towards the backward, deprived sections, Dalits, farmers and unemployed youth and the neglect of quota for the backward and Dalits,” Chauhan wrote in his resignation letter, using almost the same language as Maurya, reported NDTV.

CM Adityanath’s deputy Keshav Prasad Maurya tweeted urging Chauhan to reconsider the move. “If any family member strays, it is very sad. I can only appeal to the respected leaders who are going, please don’t get on a sinking ship or it will be their loss. Big brother Dara Singh, please reconsider your decision,” said the deputy CM, having made a similar appeal a day earlier to Swami Maurya.

Chauhan had joined the BJP in 2015 after quitting Mayawati’s BSP. He was soon made national president of the saffron party’s OBC unit.

He is likely following the BSP-BJP-SP circuit like five others before him, the NDTV report noted.

Swami Maurya is a five-time MLA who too joined the BJP in 2016 from the BSP. “Despite a divergent ideology, I worked with dedication in the Yogi Adityanath cabinet. But because of the grave oppression of Dalits, OBCs, farmers, unemployed and small businessmen, I am resigning,” Maurya wrote in his resignation letter on Tuesday.

Shortly after he posted the letter on Twitter, SP chief Yadav tweeted a photo with him, welcoming him to his party.

Both Chauhan and Maurya are important for BJP’s plans to draw a critical section of OBC voters to counter the SP. But they were also among the group that had revolted against CM Adityanath last year and complained to the BJP leadership about his working style and “arrogance”.