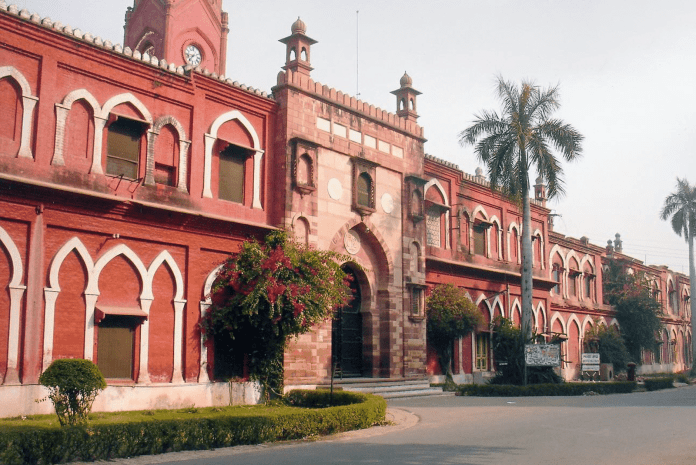 The Vice Chancellor of AMU on Sunday (December 22) said the university’s decision to set up a one-man judicial panel, to inquire into the violence that rocked the campus early this week, was necessary “for inculcating a sense of courtroom transparency in all issues” related to the turbulent incidents.

Prof Tariq Mansoor clarified that the an internal inquiry by Justice VK Gupta, a retired chief justice of the Chhattisgarh high court, should not be confused with a judicial probe which is the prerogative of the state and central government. He pointed out that there were several instances in the past when the university had instituted such internal probes and they were helpful in unearthing the truth. “They were no way in conflict with any possible high-level probe ordered by the government,” the VC told reporters here.

Prof Mansoor said the internal inquiry would cover all aspects related to the incidents of violence which started on December 13 and lasted till the morning of December 16. It would also cover allegations of police excesses made by some students including damage to vehicles, he added. “It is necessary that such allegations are fully inquired by a competent authority,” he said.

Clashes in AMU had erupted following police action against demonstrators in the vicinity of Jamia Milia Islamia in New Delhi on December 15, when some of the agitators, on being chased by police, had sneaked into the varsity campus, prompting the security personnel to enter the premises. AMU was later closed till January 5, and the one-man inquiry committee set up on December 21.

Narrating the sequence of events which led to the Universitys decision to call in the police on December 15 night, the Vice Chancellor said, “When we received information that some outside elements had infiltrated the protesting students and the situation threatened to go out of hand, we took this difficult decision to protect innocent lives and the universitys property”.

He added that “in the past, there have been several instances when delay in intervention of police had led to grave violence in which innocent students had paid with their lives and University property was vandalized and set on fire”.

Meanwhile, no untoward incident has been reported from any part of the city since Friday evening, according to Senior Superintendent of Police Akash Kulhari. Officials said the SSP is holding meetings with members of the public in all sensitive areas to impresses upon them the need to shun any sort of violent protests.

During such meetings, he assured people that the district authorities will make special arrangements for helping out citizens in obtaining Aadhar Cards or any other documents which they may need in future, they said.

Back to chasing its steel dream, Odisha faces risk of another people...

NRC in Assam: Further agony in store for those rejected