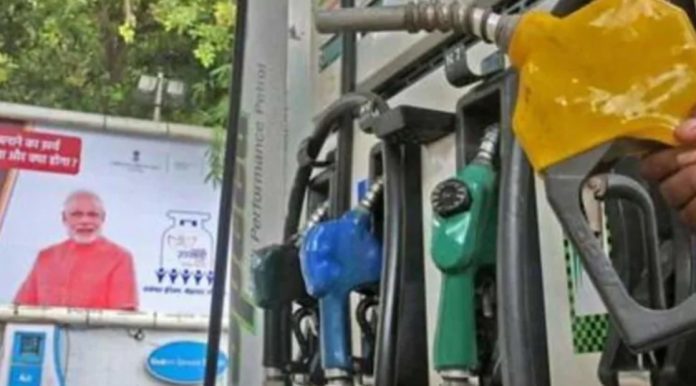 In the Diwali spirit of gifting, several BJP states have jumped in to further slash Value Added Tax (VAT) on both petrol and diesel by ₹7 per litre to provide some relief to citizens. This comes shortly after the Centre had lowered excise duty on petrol by ₹5 and on diesel by ₹10, making it effective from Thursday, and after oil companies had passed on a record reduction in excise duty rates to consumers.

In Goa, for instance, Chief Minister Pramod Sawant had tweeted that the Modi government has given a great Diwali gift to all Indians by announcing a reduction in excise duty on petrol and diesel… and in addition, Goa government shall reduce an additional ₹7 both on each petrol and diesel, thereby reducing the price of diesel by ₹17 per litre and petrol by ₹12 per litre, said media reports.

The Modi Govt. has given a great Diwali gift to all Indians, by announcing reduction in Excise Duty on Petrol and Diesel.

I thank the Hon’ble PM @narendramodi Ji as this decision shall give great relief to common man and help control inflation. 1/2

Assam, Gujarat and Tripura too cut VAT on both the fuels by ₹7 per litre with immediate effect. Chief Minister Himanta Biswa Sarma also took to Twitter to make the announcement. He said that in tandem with the decision taken by the Prime Minister Narendra Modi, he wanted the Assam Govt to reduce VAT on petrol and diesel each by ₹7 with immediate effect. Earlier too, Sarma had conveyed that is government was ready to cut its share of taxes on fuel if the high rates continue.

Gujarat Chief Minister Bhupendra Patel’s office too issued a statement that they decided to reduce the VAT on petrol and diesel following the Central government’s decision to reduce excise duty on it, said an Indian Express report.

Meanwhile, Tripura Chief Minister Biplab Kumar Deb announcing the ₹7 cut in petrol and diesel which will come into effect from tomorrow said that after today’s decision petrol & diesel will cost ₹98.33/lt and ₹85.63/lt respectively in Agartala.

Manipur too jumped into the largesse bandwagon. Chief Minister N Biren Singh tweeted that he welcome central government’s decision to reduce excise duty on petrol and diesel as a gift to the people of this nation on this Diwali. “I’m also pleased to announce that the Govt. of Manipur will also reduce VAT on petrol and diesel each by V7 with immediate effect,” he tweeted.

In the capital, there was some relief for citizens as petrol prices on Thursday (November 4) was cut by ₹6.07 per litre and diesel price by ₹11.75.

Our PM Shri @narendramodi ji has given the nation a wonderful Deepawali gift by reducing the burden of fuel prices.

To add to this festive spirit, Karnataka Government too will reduce Rs 7 on both petrol and diesel prices from tomorrow evening.
1/2

Another BJP ruled state caved in. Chief Minister Basavaraj Bommai also tweeted about the cut adding that it would come into affect in the southern state from Thursday evening. “Even though, it will mean a loss of ₹2,100 crore to our exchequer, it will bring down the prices for our citizens to 95.90 & 81.50 (approx.) for petrol and diesel respectively,” he tweeted.

The Uttar Pradesh government and Haryana both reduced the prices of diesel and petrol in the state by ₹12 per litre each.